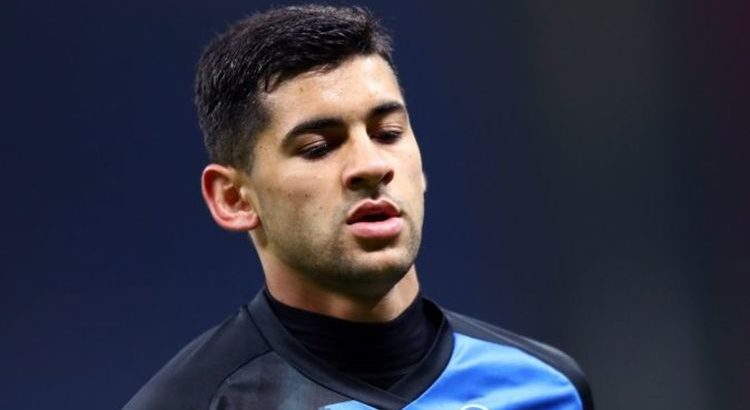 In pictures: Tottenham ease to win at Colchester

Tottenham have reportedly agreed personal terms with top defensive target Cristian Romero. Fabio Paratici identified the Atalanta centre-back as the ideal acquisition to transform the club’s defence and now there is optimism Spurs can pull off a deal.

They have already secured an agreement with Atalanta over the signing of Romero’s teammate Pierluigi Gollini.

The Italian goalkeeper was excepted to arrive in London today after completing his medical both last night and this morning.

Yet now his colleague from Bergamo could also be heading to north London very shortly.

That’s because according to Fabrizio Romano, Tottenham now have an agreement with Romero over personal terms.

The Argentine Copa America winner is believed to be convinced by the idea of joining Tottenham.

It had been reported that he was holding out to join a ‘Super League’ club but now it looks like Tottenham could wrap things up soon, permitting they agree on a fee with Atalanta.

The two clubs are now continuing to negotiate a fee and Romano makes it clear it’s not true that the 23-year-old has turned his nose up at the idea of joining Spurs.

Romero was owned by Juventus until earlier this summer when Atalanta decided to trigger their option to buy the player.

Tottenham want to add at least one new centre-back to their squad before the start of the new season but a second is also a possibility.

There’s talk that Atalanta would like to see Davinson Sanchez included in the deal.

His close friend Duvan Zapata, who is represented by the same agent, would welcome him to Bergamo with open arms.

Toby Alderweireld could also leave Tottenham having outlined his desire to move on.

Atalanta duo Romero and Gollini could also be joined at Spurs by Bryan Gil.

The Sevilla star is on the verge of moving to Tottenham after the Andalusian club accepted a player-plus-cash package.

Erik Lamela will go the other way while Sevilla will also receive an additional £21m.

It’s clear that Tottenham are now focusing their efforts on finalising all three signings.

Work on other new faces and potential outgoings remain ongoing in the background.