Marcel Sabitzer is reportedly one of several transfer targets for Tottenham this summer, but Daniel Levy may well have to sell three players to pull off a deal for the RB Leipzig star. Sabitzer has been long linked with a move to north London having grown to be a key figure at Leipzig over the past few years.

He’s established himself as one the world’s best box-to-box midfielders and his performances have kept Leipzig in the title fight with Bayern Munich.

But there is growing uncertainty over his future at the German club due to his contract situation.

His current deal expires in 2022, meaning Leipzig face a difficult decision this summer should Sabitzer indicate he doesn’t plan to extend his contract.

Tottenham have a long-standing interest in the Austria international, but are not alone in hoping to snatch Sabitzer up this summer. 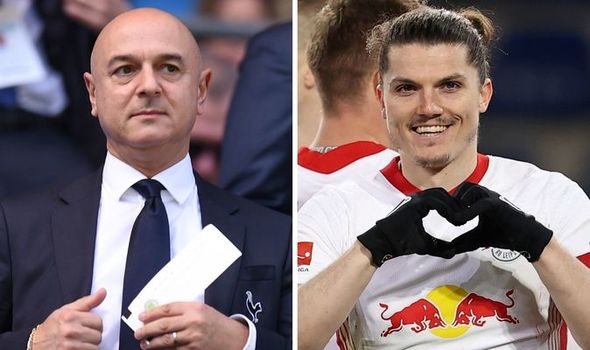 And Spurs’ financial situation may leave them vulnerable to missing out on Sabitzer altogether, according to Football London.

It is claimed that Tottenham must sell players in order to raise funds to make a bid for the 27-year-old.

The report also suggests that Sabitzer’s potential arrival could see three players leave at the end of the season.

Harry Winks, Moussa Sissoko and Dele Alli are all said to be under threat of being sold to make room for other transfer targets this summer.

Oliver Skipp is also expected to return from his loan spell at Norwich, with Tottenham officials reportedly impressed at how the midfielder has performed in the Championship.

Leipzig are said to have yet set a price for Sabitzer with no formal approach being made at this stage.

Sabitzer responded to questions over his immediate future earlier this month amid increased speculation over a move away in the summer.

“I don’t know what Julian has in mind, and I have to say I have a contract until 2022, and not just until the summer,” he told Sport Bild. 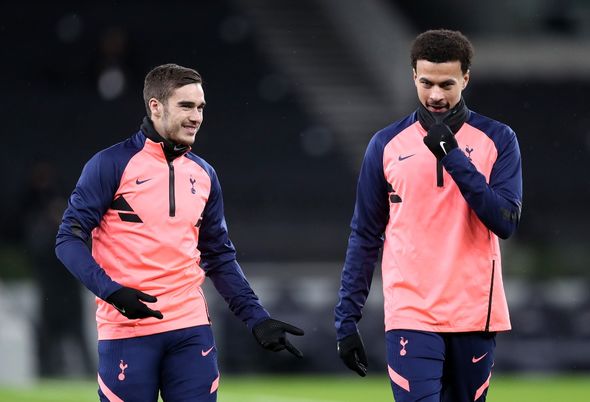 “It has become popular to ask players about his future as soon as he enters the final 18 months of his contract, but that doesn’t mean that everything has to be decided at that moment.

“Those in my inner circle know what I’m thinking, but I’m not stressed about it. I feel good in Leipzig and at the club, plus we’re successful.

“We have a realistic chance of winning titles here, and there are people at the club who really want to win something. That’s why I see Leipzig as a great club, but RB don’t have to be the only great club on my CV. After all, I’m only 26.”

He added: “Salary is not my main focus right now. I’m doing well enough, I don’t have to worry about it every day. I don’t play football to build a money bin after my career. I play for success. I’ve always been a winner, and I want to win trophies.”