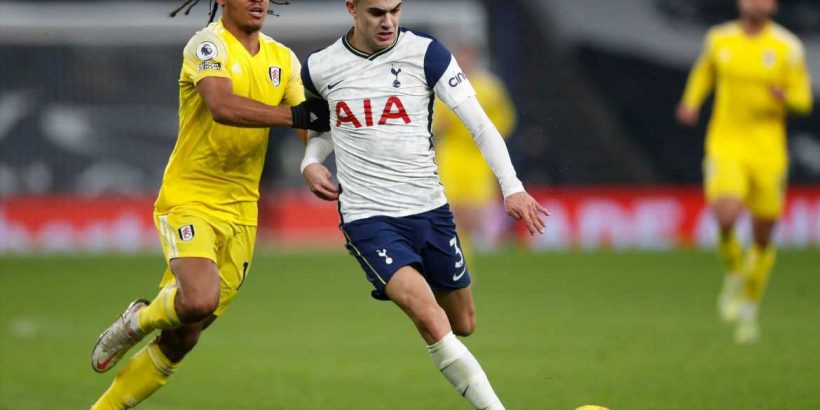 There were some raised eyebrows when Fulham signed goalkeeper Alphonse Areola late in the transfer window. Marek Rodak had played a big part in getting the club promoted and was seen as a reliable if unspectacular stopper set to continue in the top flight. But the giant French international Areola has proved a serious coup. On loan from Paris Saint-Germain, the 27-year-old previously spent one-season spells away at Lens, Villarreal and most recently Real Madrid, yet he has switched seamlessly from the Bernabeu to the Cottage. Areola’s saves here were excellent, particularly in denying Son Heung-min with a close-range header, and he played a pivotal role in keeping Fulham alive when the going got tough. He also bumped up his save percentage, now at 73% and fourth among Premier League goalkeepers this season.

Ademola Lookman has been a regular starter in recent weeks but he came off the bench here. Perhaps it was the plan, to save his electric pace and sheer enthusiasm in the final third for late in the day as Tottenham legs tired. If it was Scott Parker’s strategy then it was inspired. The winger had an immediate impact and his brilliant assist for Fulham’s equaliser, shifting away from Serge Aurier before looping a perfectly weighted cross to the back post, was the crucial chink of quality that they were sorely missing without him on the pitch. The 23-year-old is fast becoming essential to Fulham’s survival hopes.

The Premier League is blessed with marauding left-backs, many of whom are beautiful crossers of the ball, the type of player who seems almost a mandatory requirement of any top side right now. At various times this season we’ve witnessed quality delivery from Andrew Robertson, Ben Chilwell, Lucas Digne and increasingly Luke Shaw too, and Sergio Reguilon is right up there with them among the very best providers from that side. His first-half assist for Harry Kane was surely the cross of the season so far, by any player. Reguilon brought down Pierre-Emile Hojbjerg’s long diagonal pass with his first touch and, without breaking stride, curled a perfect ball into the path of Kane who finished with a clinical diving header. He arrived in London on the same plane from Madrid as Gareth Bale, totally overshadowed by the Welshman’s return, but Reguilon is fast emerging as one of Spurs’ shrewdest signings.

The reality is that Fulham’s plight, sitting 18th in the table with only 12 points from 16 games played, has little to do with games like this one, even if this was a very impressive draw in the end. Instead Scott Parker will be rueing costly draws against teams just above them, most notably the December games against Brighton and Newcastle. Fulham have shown repeatedly that they have the capacity to compete with any side in the division, but they must go further and beat those teams around them to climb out of trouble. Crucial trips to Brighton and West Brom await at the end of the month, but first come two tough home games against Chelsea and Manchester United, where any more points will be a much-welcome bonus.

You can tell Jose Mourinho means business this season when he adopts full mind-games. Pre-match, he talked up the narrative of some agenda against Tottenham with this hastily rearranged fixture, recoiling into his classic territory which builds a siege mentality among his players supposedly fighting against the world. Yet he produced a choreographed hug for Scott Parker before kick-off, having aimed jabs Parker’s way in his press conference this week, suggesting a manager who is enjoying the stage. This is the most potent type of Mourinho and his opponents should be worried, even if he didn’t get the points he wanted tonight.