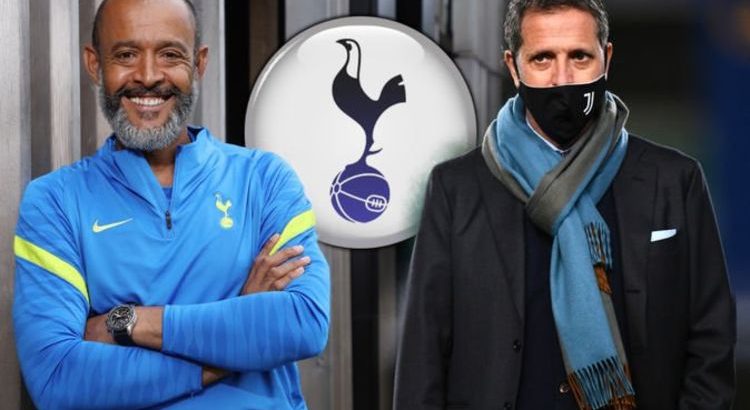 Tottenham finally have a new manager in Nuno Espirito Santo and with new director of football Fabio Paratici also installed, their summer transfer plans will soon begin to take shape as pre-season draws nearer. Nuno and Paratici have several immediate items to address in their in-tray and none are more pressing than the future of talismanic centre-forward Harry Kane, who wants to leave for Manchester City.

Paratici confirmed on Sunday: “We want to keep Harry Kane at Tottenham, it’s our goal. I’ve been lucky to see many top players at Juventus and I want to enjoy Harry Kane too. He’s one of the best strikers in the world.”

The Citizens are willing to pay £100million in cash but Spurs will demand £150m for the England international, who has found form at the European Championship to score three goals in his last two matches. That fee will likely prevent a move.

With Kane tied down for the long term, Spurs are in a strong position and given his quest to become the Premier League’s all-time top goalscorer, he is unlikely to down tools if he is indeed denied a switch.

While Spurs are likely to have to revisit the situation in 12 months’ time, there is obvious upside to keeping the Premier League’s top goalscorer and top assist-provider another year – although selling him would give Nuno vast funds to spend on a reshaping of the starting eleven.

If Kane stays, Spurs’ squad will need less remoulding and their attack will only need one addition. 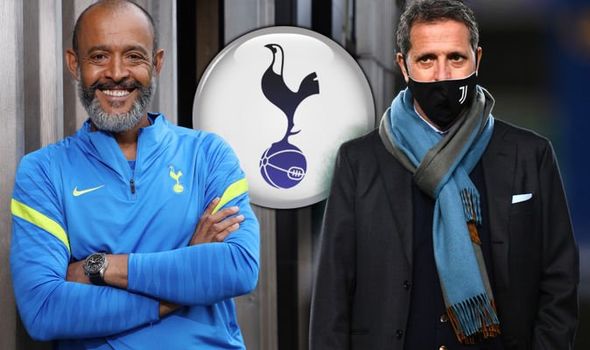 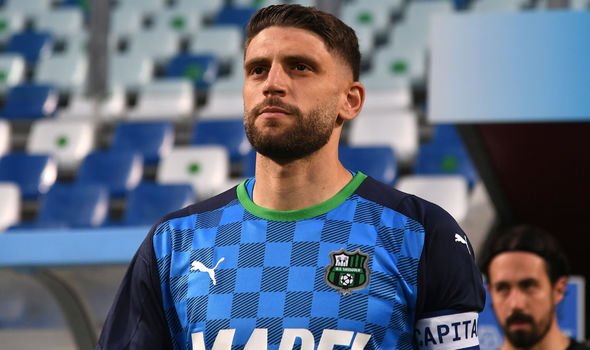 With the 27-year-old academy graduate leading the line, Son Heung-min will start down the left to continue their deadly link-up. The South Korean is primed to sign a new contract.

Gareth Bale is not expected to return from Real Madrid however and that means Spurs will need a new right-sided winger. One potential arrival is Sassuolo’s Domenico Berardi, who has been linked.

The Italy international scored 17 goals and laid on eight assists in 30 Serie A matches last term and Leicester are among the other clubs keen on the £34m-rated 26-year-old, currently at the Euros with his country.

“I cannot promise that Berardi will stay. It is not a question of money,” Sassuolo’s CEO Giovanni Carnevali said recently, suggesting Berardi could be prised away, particularly given the club finished outside of the European spots last term.

Berardi joining would give Nuno a lethal three-pronged front-line. The Portuguese must then choose whether to go with a 3-4-3 system as he often did at Wolves or a 4-3-3.

Perhaps most probable is a switch to a back three, which would mean a two-man midfield likely to be made up of Tanguy Ndombele and Pierre-Emile Hojbjerg, despite links to players such as Manuel Locatelli and Franck Kessie. 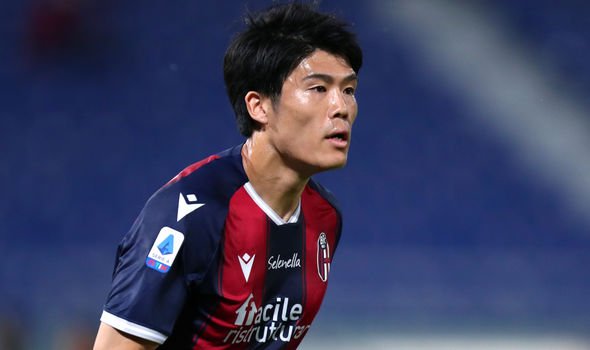 Giovani Lo Celso and Dele Alli will hope to get more game-time if Nuno instead uses a three-man midfield or a 4-2-3-1 while Oliver Skipp is coming off the back of a strong season on loan at Norwich, who won the Championship title.

At wing-back, Matt Doherty could get a new lease of life on the right-hand side having been a vital player for Nuno at Wolves. The Irishman was by contrast disappointing as a standard right-back in his debut Spurs season under Jose Mourinho.

And on the left, Sergio Reguilon – signed from Real Madrid a year ago – would be allowed to flourish offensively in a wing-back role. Ryan Sessegnon could then be an effective back-up if he is not loaned back out.

Spurs are currently chasing the addition Bologna defender Takehiro Tomiyasu and in a back three the defender would play as the right-sided centre-half to allow Doherty the platform to get forward and add to the attack.

Jules Kounde is the most attractive option although the Frenchman will not come cheaply and could cost just shy of £70m if Spurs have to activate his Sevilla release clause. 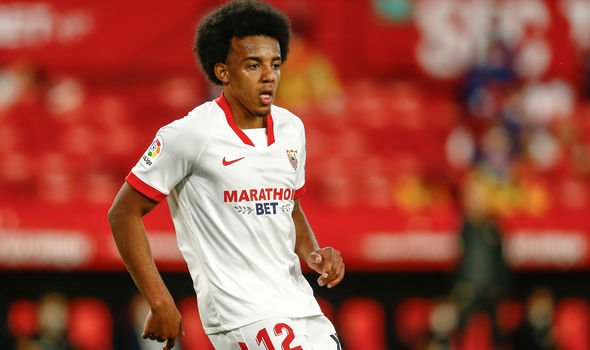 At 22, he is a long-term solution, but if he proves too expensive then Lyon’s Joachim Andersen is also admired as a leader and the Dane, on loan at Fulham last year and represented by the same agent as Bale, would be attainable at closer to £25m.

Inter Milan’s Milan Skriniar is another high-profile option but the sale of Achraf Hakimi to Paris Saint-Germain has eased the Italian champions’ financial woes, while Fiorentina’s Nikola Milenkovic is another affordable and feasible alternative to Kounde.

Spurs already have another centre-back option who could line up on the left of a new centre-half however in Joe Rodon, who did well at the Euros for Wales.

The 23-year-old has a big future ahead of him at the Tottenham Hotspur Stadium and he was used in a back three for his country, albeit on the opposite side. He did play as the left-sided centre-back in a two-man partnership though, suggesting he’d be fine there covering the attack-minded Reguilon even though he is a right footer.

Goalkeeper and captain Hugo Lloris has entered the final 12 months of his contract but is unlikely to leave this summer, with a new contract perhaps on the horizon instead. He should remain Spurs’ No 1 at least another season regardless of what happens with his deal.