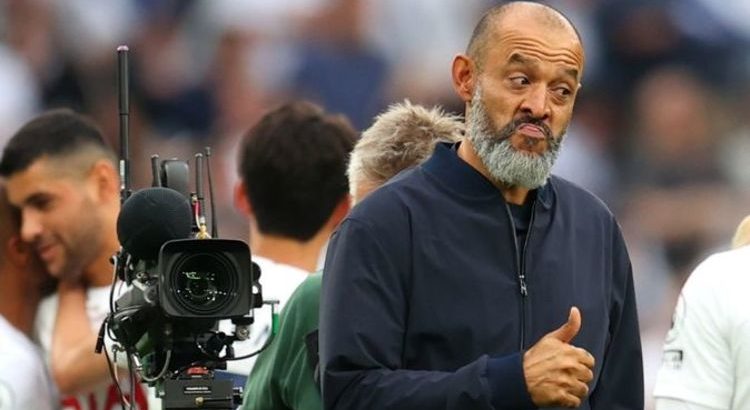 Tottenham chief Fabio Paratici is said to be targeting as many as four signings before the transfer window closes on August 31, reports claim. The Italian, who was appointed as the club’s Technical Director earlier this summer, enjoyed every minute of Spurs’ first win of the season yesterday as they beat Manchester City 1-0 on home soil thanks to Heung-min Son’s second-half strike.

Paratici was sat pitchside with Director of Technical Performance Steve Hitchen and the pair’s raw passion was there for all to see during celebrations at the full-time whistle.

Ahead of kick-off, Paratici was spotted talking on his phone once again, pointing to the club’s activity in the transfer market.

The former Juventus chief has been heading up Tottenham’s transfer business this summer and it appears more signings could follow Pierluigi Gollini, Bryan Gil and Cristian Romero through the door.

According to football.london, Tottenham are targeting at least three new faces while a fourth could also be on the agenda.

It’s reported that Spurs want at least one new centre-back, right-back and striker through the door in the next two weeks.

Tottenham are still keen on Nikola Milenkovic and Takehiro Tomiyasu, who have both impressed Paratici with their performances in Serie A with Fiorentina and Bologna respectively.

The Japanese international can play at both centre-back and right-back, meaning there is still a chance both could arrive at Spurs this month.

In attack, Spurs are pursuing a move for Fiorentina striker Dusan Vlahovic following the collapse of their move for Lautaro Martinez.

Tottenham saw a bid accepted by Inter Milan worth in the region of £60million but Martinez is now expected to stay at the San Siro where he could sign a new deal.

Spurs are in direct contact with Vlahovic’s agent and are expected to table a bid in the near future.

Finally, Tottenham would reportedly be open to the idea of adding another attacking midfielder if the opportunity presented itself.

As always when Spurs are concerned, incomings could hinge on player sales but there are two edging closer to an exit.

Both Tanguy Ndombele and Serge Aurier have been left out of Tottenham’s squad for the trip to Pacos de Ferreira in the UEFA Conference League.

It’s clear Spurs would be willing to entertain offers for both players, who do not seem to be part of Nuno’s plans moving forward.

Ndombele previously wanted out of Spurs last summer before he was convinced to stay at the club, as he turned his fortunes around under Jose Mourinho.

Meanwhile, Aurier has been available since last summer, when he came close to joining AC Milan but there have been no offers for the player as of yet.