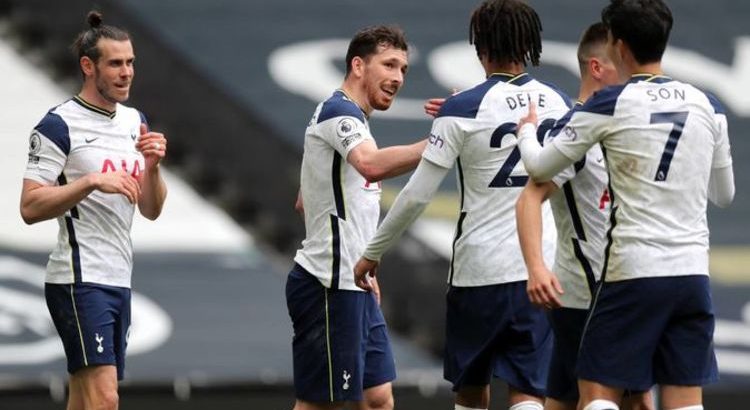 Tottenham barely had to get out of first gear as they beat Wolves on Sunday, as three of their stars gave fans reason to be excited ahead of the summer. Tottenham dominated the game but were fairly slow as they beat Wolves, with Dele Alli, Harry Kane and Gareth Bale all having solid games.

Daniel Levy is still on the hunt for a new manager to replace Jose Mourinho, with Ryan Mason unlikely to get the job on a full-time basis.

But as he watched Spurs’ win over Wolves on Sunday, it will have become evident to him that he has some difficult decisions to make this summer.

The chairman has been claimed to be on the hunt for a new manager who has worked with big-name players, with Zinedine Zidane now potentially in the mix ahead of his reported departure from Real Madrid.

But away from the dugout, he will have his three top priorities for the summer made up for him. 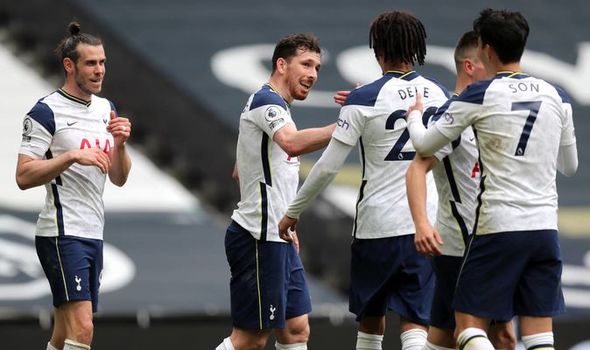 Spurs had previously been expected to let go of Dele this summer, with Bale also set to return to Real Madrid from his loan spell.

But Sunday’s performance will have proved to Levy that the two must be kept hold of.

Having adopted a defence-first policy towards tactics during Mourinho’s time at the helm, Spurs are now starting to play with more freedom going forward.

That was clear to see as, in the first half alone, they had 12 shots – with six on target – and dominated the ball.

A few months ago, those stats may well have been going against them, with Kane and Heung-Min Son expected to dig the team out of tough situations.

But Dele’s attitude to the game was something they’ve been missing during the majority of the season when he’s been sat watching on from the bench.

Every touch the two-time PFA award winning playmaker made was aggressive, and he was always looking to take the ball forward.

Having been caught on camera describing Mourinho’s style of play as “Long balls and f*****g defending,” he seems to be thriving again playing with some freedom. 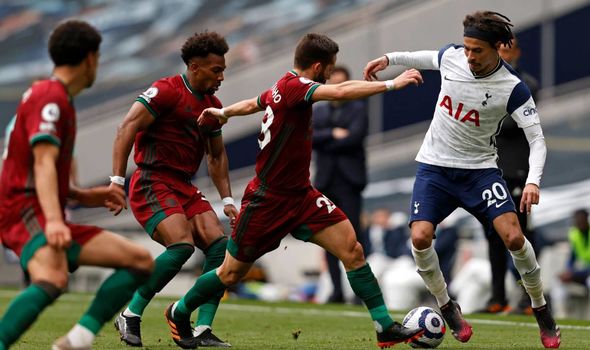 While it’s unrealistic to expect him to be back to his best after missing such a large amount of football, Dele showed glimpses of his natural ability and needs to be a key part of Spurs’ team for next season.

Playing in a 4-2-3-1 formation suits Spurs, there’s no doubt about that, and Bale showed that he is excellent on the right once again on Sunday.

The Welshman has, perhaps, failed to live up to the expectations placed upon him when he joined on loan from Real Madrid, but holds a key role in Spurs’ team.

Bale’s choice is clear, he can either return to Madrid and sit on the bench for the final year of his contract, or he can stay at Spurs and form a genuine title-challenging attack alongside Kane, Dele and Son. 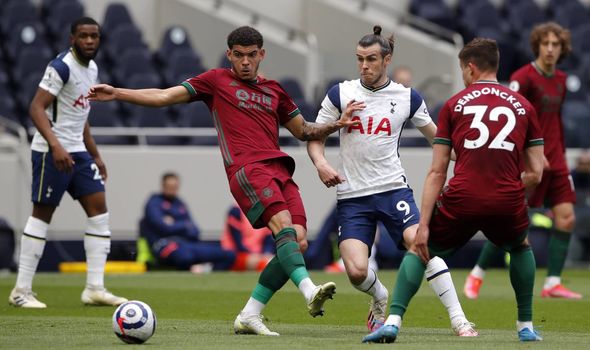 When fans are properly back at the New Tottenham Stadium, Bale will no doubt thrive with 60,000 fans cheering him on weekly.

The final of Spurs’ decisions will be whether to take the cash for Kane and run.

The English striker has been the subject of interest from Manchesters United and City, with talk of a £90million bid this summer.

But as he produced the decisive goal in the first half of the game, Kane reminded everyone of why he is priceless to Spurs. One chance was all he needed to earn three points for Mason’s side. 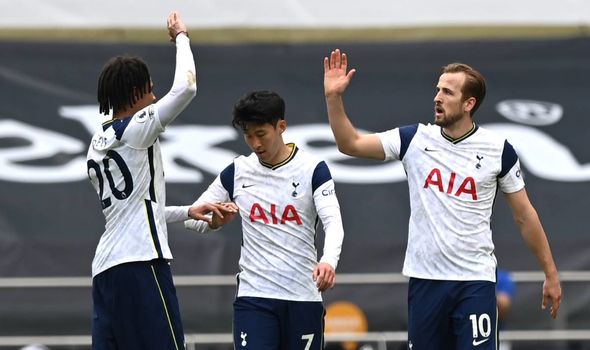 Spurs have a genuine chance to continue building around their world-class front four this summer and create a Premier League title-contending team next season.

What they need to do now is make sure all three with uncertain futures stay at the club, and support them with a manager who doesn’t sit back on a 1-0 half-time lead and instead allows their team to attack with freedom and positivity, as they did against Wolves.

Spurs, despite some sub-par performances, have looked to be on the upwards trajectory since Mourinho was fired.

They cannot afford to lose this momentum now.