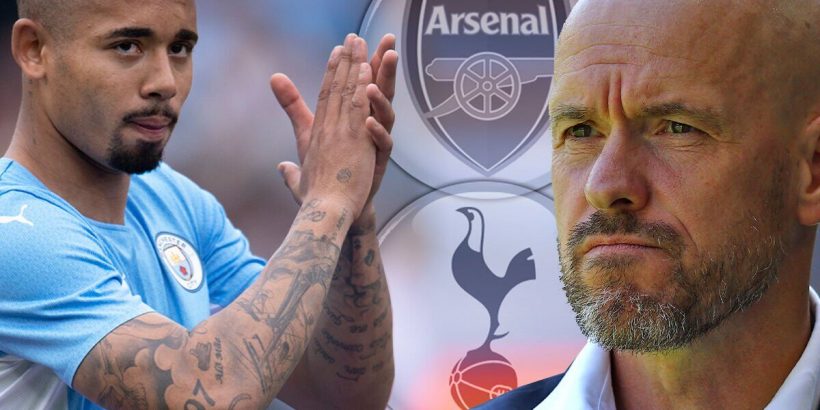 The start of pre-season is almost upon us and that can only mean one thing – the summer transfer window is well and truly in full swing. All around the country the elite teams are beginning to make their moves as they look to strengthen their squads and dispose of some of their deadwood ahead of the new Premier League campaign.

Arsenal have been one of the busier sides of late, securing deals to sign Brazilian youngster Marquinhos from Sao Paolo and Portuguese midfielder Fabio Vieira from Porto. They are not likely to stop there, however, and reports late on Wednesday gave a big indication of who Gabriel Jesus could choose between them and Tottenham with the possibility of a deal being done ‘in hours’.

Manchester United, meanwhile, continue to struggle to nail down any of their key targets with deals for Frenkie de Jong, Antony and Jurrien Timber looking complicated. Erik ten Hag is however close to signing Watford’s Daniel Bachmann, with Dean Henderson on the verge of completing a move to Nottingham Forest. Ten Hag is desperate for signings and will hope John Murtough can get some over the line in the coming weeks, with plenty of twists and turns expected yet.

Liverpool have already splashed out to sign Darwin Nunez after losing Sadio Mane to Bayern Munich and may look to be pragmatic for the rest of the window. There are however several players still being linked with them, one being Marco Asensio. The Real Madrid man has plenty of interest across Europe though, meaning Liverpool could face a bidding war to secure the Spaniard’s services.

Chelsea are hoping to be active with big gaps to fill in defence, and up front with Romelu Lukaku set to return to Inter Milan while it’s also expected to be a busy few weeks across London at the Tottenham Hotspur Stadium as Antonio Conte continues to shake up his squad after already welcoming three arrivals in Ivan Perisic, Fraser Forster and Yves Bissouma.

And with the likes of Manchester City and Newcastle also expected to splash more cash before the end of the window, it’s fair to say there is plenty going on to keep an eye out for.

For all the latest updates throughout the day, stay tuned to the Express Sport transfer blog below. 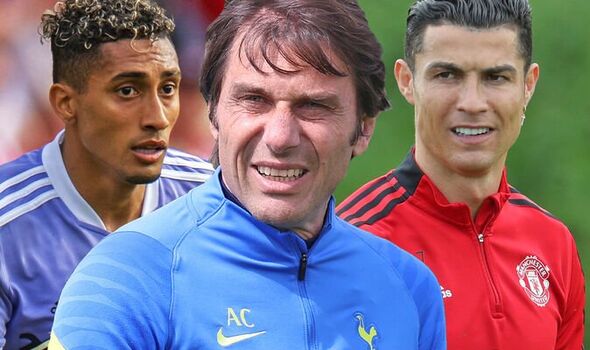 Arsenal could complete the signing of Manchester City forward Gabriel Jesus ‘in hours’ as Mikel Arteta closes in on his No 1 summer transfer target. The Gunners have seemingly fended off rival interest from Tottenham Hotspur and Paris Saint-Germain with Arteta reportedly on the brink of reuniting with Jesus.

Meanwhile, Man Utd have suffered another transfer blow after missing out on Derby County starlet Malcolm Ebiowei after the youngster opted to join Crystal Palace instead.

Liverpool could face similar frustrations as target Marco Asensio has been urged to snub Jurgen Klopp’s side and sign for either Arsenal or Tottenham despite interest from the Reds and Newcastle as well.