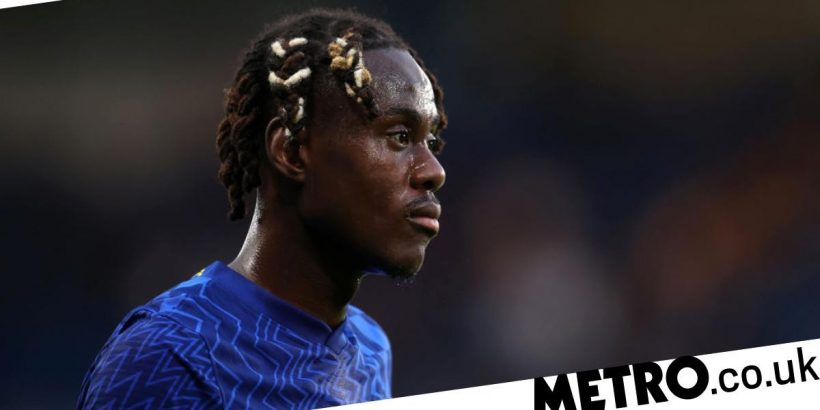 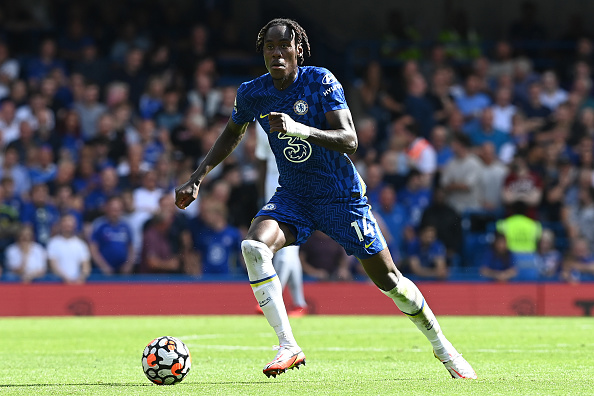 Chelsea defender Trevoh Chalobah says he is ‘over the moon’ after scoring on his Premier League debut in the Blues’ 3-0 win against Crystal Palace, while manager Thomas Tuchel was full of praise for the centre-back.

The 22-year-old scored Chelsea’s third goal of the game at Stamford Bridge on Saturday afternoon with a piledriver from distance and immediately fell to his knees in an emotional moment of disbelief.

Chelsea had been in the market for a new central defender but Chalobah’s performances – also starring in the Super Cup – may have negated that need and he was thrilled to make his mark in front of a ful house at the Bridge.

‘I couldn’t believe it when the ball went in. I just dropped to my knees. I was over the moon. I didn’t know it was in until the crowd cheered,’ Chalobah told BBC Sport.

‘It’s been an amazing week for me. I’ve been at this club since I was eight. Playing at Stamford Bridge, watching loads of games, being a ball boy, coming to watch the game with my family, Champions League nights. It’s a dream come true.’

The youngster has now started two competitive matches in a matter of days for Chelsea after also featuring in Wednesday’s penalty shootout win against Villarreal in Belfast, while he impressed enormously in pre-season too.

Chalobah was expected to be sent out on loan again this season, having spent the last three terms on loan at Ipswich, Huddersfield and French club Lorient.

But his recent performances have given Chelsea boss Tuchel a genuine headache, who may now have to rethink his plans despite having several more experienced options in the position.

‘Two fantastic games played now and played almost every minute in pre-season. He is an humble guy from the academy and was so, so good. He plays with so much confidence, so many good behaviours on the pitch is a pretty perfect afternoon for him,’ Tuchel told Sky Sports after the match.

‘You saw how they celebrated with him and these are the stories we love about football, in this game in an exciting league with players from abroad, there is still place for home grown talent at our club and other big clubs.’

Chalobah is the latest in a long list of players to make their Chelsea debuts after coming through the club’s youth system, and Tuchel admits the club will continue to look to bring young players into the first-team fold.

‘We will never stop doing so. Chalobah plays alongside Reece James and Mason Mount. This is how it has to be. This is what we love. This is what everyone loves about football – a mix of famous players from abroad and quality players from the academy,’ he said.