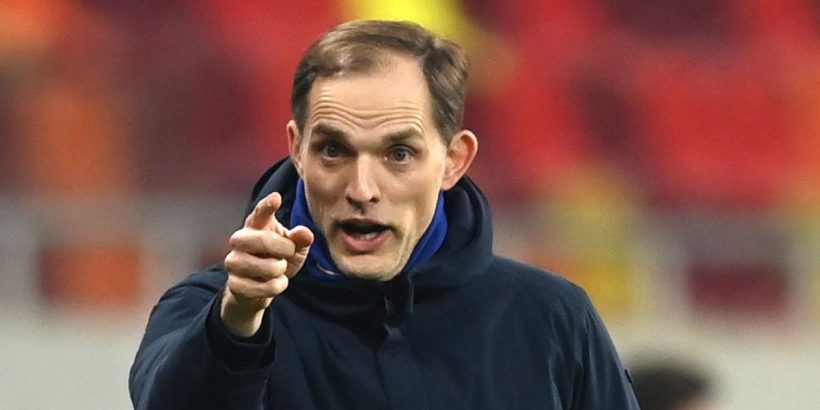 Thomas Tuchel has confessed he tried to sign Bruno Fernandes when he was head coach of Paris Saint-Germain.

The Chelsea manager takes on the Portuguese playmaker and Manchester United on Sunday but things could have been very different.

PSG's sporting director made Tuchel aware of Fernandes and his qualities at Sporting Lisbon and the club fought hard to get him.

However, Fernandes sealed a move to United where he's gone on to have an incredible impact – scoring 22 goals and assisting 13 in 38 appearances this season.

"My first sporting director in Paris was Antero Henrique, who is Portuguese," said Tuchel.

"He knew Bruno very, very well. He fought hard to have a connection to him and to bring him to our team because he was a big personality for Sporting.

"An effective goalscorer, and an effective guy to make the other players around him dangerous.

"It was during my first year in Paris. We watched more and more games about him. We followed him and tried to be in touch with him to make it happen.

"He went another way. It’s bad for us, eh, that we have to play against him?"

Speaking about the impact Fernandes has made since joining a year ago, Tuchel added: “The impact he has since he arrived in Man United is indescribable. Unbelievable.

“Coming from Portugal —  stepping in here, one of the biggest clubs in the Premier League, the strongest league in Europe, and to have this kind of impact, I have nothing but the biggest respect for this guy.

“He’s outstanding. He’s one of the best attacking midfielders in the world.

“He has a huge impact. He has such a big influence on their game, on their attacking game.

“It is key to defend against him, to be around him, to be close to him.”