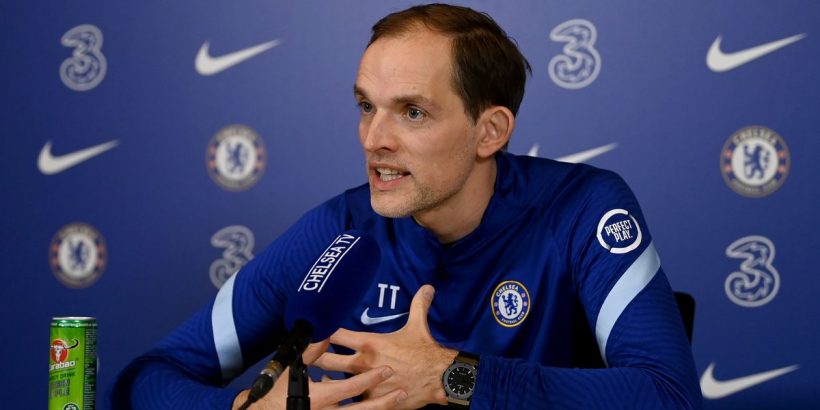 Thomas Tuchel claims Chelsea were much-improved in the FA Cup final despite falling to a 1-0 defeat by Leicester City – the same result they suffered against Arsenal three days earlier.

The Blues fell short in the Wembley showpiece on Saturday evening as Youri Tielemans' net-busting effort fired the Foxes to their first triumph in the competition.

The disappointing loss followed a 1-0 defeat by London rivals Arsenal last Wednesday, in which Emile Smith Rowe's opportunistic strike was the difference.

While Tuchel acknowledges his side were poor in the clash with the Gunners, he insists Chelsea's performance was much better in the FA Cup final but luck did not go their way.

"I said when we started that I will always try to be reliable with the players," he told reporters on Monday.

"To praise them for what they did, not is what is on the scoreboard. The result is not always reliable or logically.

"While we won the data against Arsenal, a certain energy, focus and determination was missing. Then we speak to the team and that is what we got in the FA Cup final.

Do you agree with Tuchel's claim? Have your say in the comments.

"We can win the same match if we are more lucky and have precision in front of goal.

"We are fighting hard to get the momentum back and have another clean sheet. The margins are so tight in football for wins and losses.

"It's easy to handle your self-confidence when you win but nobody needs to be afraid of the situation."

Hammering home his point, Tuchel added: "I was more worried and angry about our performance against Arsenal as I had the feeling we weren't sharp enough and on point.

"We didn't reach the level to bring us a victory. That wasn't the case in the final.

"If we bring out the same performance as in the final, the same work rate and energy, improve with details in the match, we are able to win games."