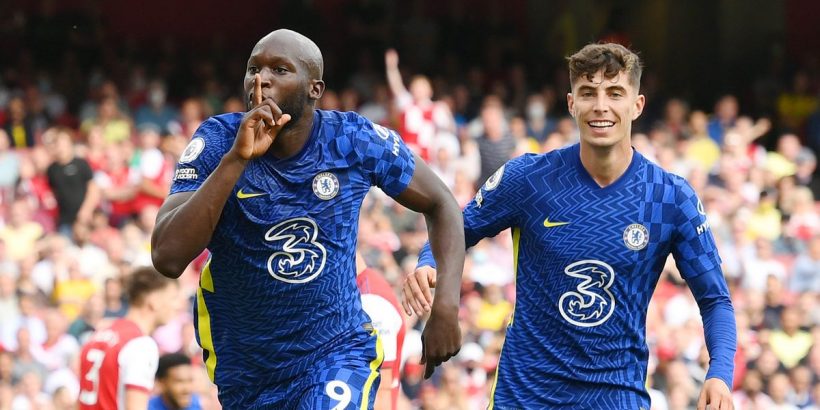 Chelsea manager Thomas Tuchel revealed prior to his side's clash with Arsenal that he told new signing Romelu Lukaku to "trust himself" and be "self confident" on his second debut for the club.

Lukaku started the match to make his first appearance since re-joining the European champions for £97.5million from Serie A winners Inter Milan earlier this month.

The Belgian striker went on to open the scoring after just a quarter of an hour before Reece James added a second 20 minutes later to give Chelsea a 2-0 half-time lead.

His 15th minute strike was also his first in a Chelsea shirt having failed to score in 12 appearances in his first spell in west London. Speaking to Sky Sports ahead of kick-off, Tuchel said "We signed Romelu Lukaku to play, not to come off the bench. He trained a lot in Italy. He joined the team last weekend and her we go.

"It's not the moment in his first week to load him with information and ask him to adapt. Maybe he has some solutions we don't even think about. It's just football, he knows how to play the game."

How many goals will Romelu Lukaku score for Chelsea this season? Let us know your thoughts in the comments section below.

After joining Chelsea as a teenager from Anderlecht in 2011, Lukaku departed for Everton in 2014 for a fee of £30million after impressing on loan at both the Toffees and West Bromwich Albion.

He went on to play for both Manchester United and Inter Milan, for whom he scored 30 goals last season, before returning to Stamford Bridge after seven years away.