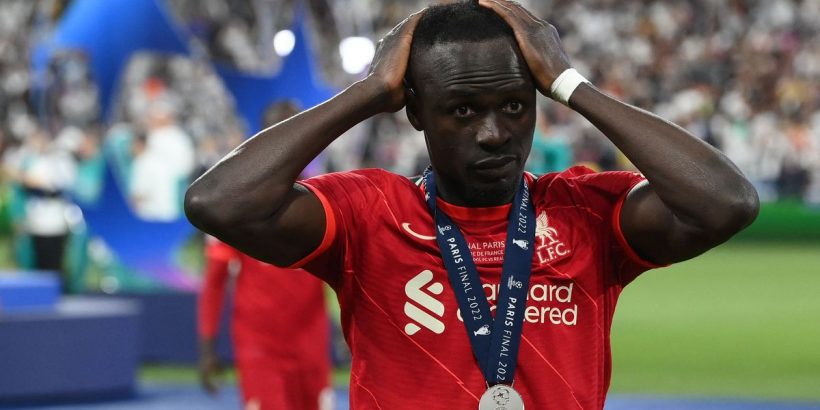 Twitter might have some explaining to do after mistranslating Bayern Munich's welcome message to Sadio Mane after his transfer.

The Senegal international made the move to the Bundesliga on Wednesday after leaving Liverpool in a deal worth around £35million. The Reds had their hands tied after the forward entered the final year of his contract.

Instead of looking to prolong his six years on Merseyside, Mane told the club that he wanted a new challenge amid interest from Munich. It led to Liverpool somewhat reluctantly agreeing to sell their striker for a lowered fee.

Bayern took their chance and managed to land the 30-year-old for £35m, a figure that would have been much higher in different circumstances. That came after their initial offer included bizarre clauses that would have topped up the price had Mane won the Ballon d'Or three years in a row.

However, in a welcoming message on Twitter, the social media site might have mistranslated when a tweet that read "Servus, Sadio!" went viral. Only offering a translation from Latin, it read: "Slave, Sadio!"

An explanation was offered in response, though, with Bayern speaking in their native Bavarian language – a West Germanic variation that includes a whole new dialect and has even been described as an entirely new language of its own, that is also used in Austria.

Nevertheless, it has left Twitter in an awkward position while the tweet itself has generated quite the response on the social media site. One fan replied: "How have they not deleted this tweet yet?"

Another said: "What do you mean by that translation?" While a third wrote: "Hit Translate tweet and this goes very, very wrong."

Mane's departure has hit Liverpool hard while Jurgen Klopp has admitted that his side have been hugely weakened by the transfer. The former Southampton star won the Premier League, Champions League, FA Cup, League Cup and Club World Cup at Anfield.

"It's a big moment. There is no point in anyone trying to pretend otherwise," Klopp said. "One of Liverpool's greatest ever players is leaving and we must acknowledge how significant this is.

"He leaves with our gratitude and our love. He leaves with his status among the greats guaranteed. And, yes, he leaves in a moment where he is one of the best players in world football.

"But we must not dwell on what we now lose, instead celebrate what we were privileged to have. The goals he scored, the trophies he won; a legend, for sure, but also a modern-day Liverpool icon."