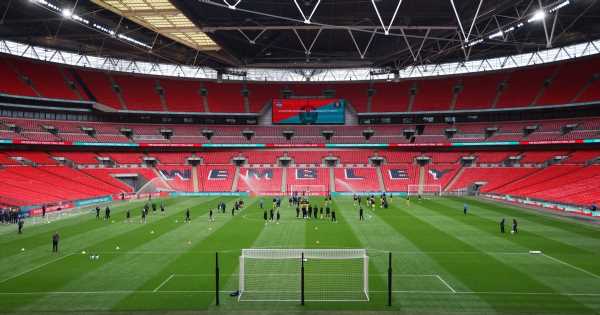 UEFA and the Government will hold crunch talks about moving the Champions League final to London, with the aim of agreeing a switch in the next 24 hours.

The Champions League final is due to be held in Istanbul on May 29th, but Turkey’s ‘red list’ status with the UK government has thrown the venue into doubt.

Under current guidelines, anyone travelling to Istanbul from the UK would be required to quarantine at a government-approved hotel for 10 days upon their return – including players and staff.

That has led to the possibility of the all-English final between Manchester City and Chelsea being held at Wembley, but only if certain protocols are met.

Current rules dictate that anyone entering the UK from abroad must quarantine at home or in a place they are staying for a period of 10 days upon arrival.

The government will be asked to give special dispensation to UEFA staff and broadcasters arriving in the UK which would allow them to bypass those rules.

UEFA insisted on Sunday that a decision had not been made on the final, but moving the game to London is now seen as the likeliest option ahead of sticking with Istanbul or taking it to another country, such as Portugal.

If agreed, City’s clash with Chelsea later this month would take place in front of 22,500 fans.

However, a Wembley Champions League final would have a significant impact on the domestic calendar, with the Championship play-off final scheduled to take place at the venue on the same day.

That could mean either the League One or League Two play-off final moving to an alternative location to accommodate the rejigged schedule.

In talks on Monday, UEFA officials are also set to demand that Wembley can be filled to around 25% of capacity, a requirement which is unlikely to prove a stumbling block.

Cabinet office minister Michael Gove provided this update on Sunday: “There are delicate negotiations that are going on at the moment.

“But I'm sure that fans in the UK would dearly love to see the final played here in the UK.”