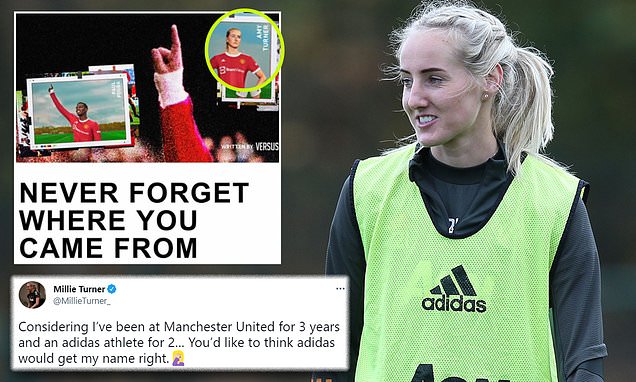 Adidas have been forced to correct an embarrassing error on their latest Manchester United kit launch, after Red Devils star Millie Turner pointed out how she had been misidentified as ‘Amy Turner’.

The United defender, who has been at the club for three years and an adidas athlete for two of those, appeared less than impressed as she highlighted the club’s kit suppliers’ error on Thursday.

The 25-year-old was a part of the club’s new home kit launch and was seen modelling the iconic red shirt and white shorts to promote it. 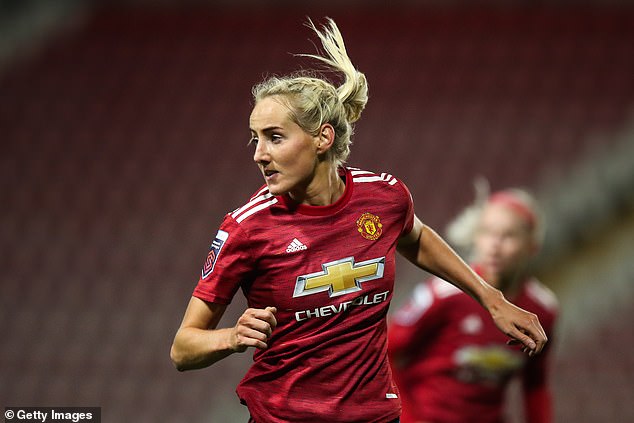 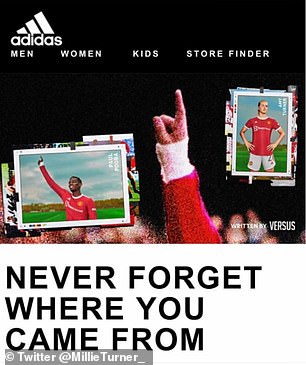 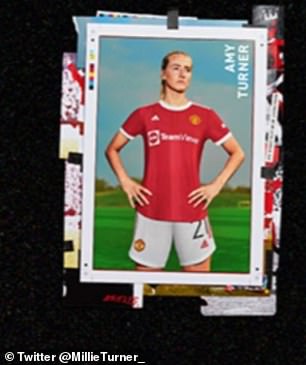 In adidas’ ‘never forget where you came from’ kit launch campaign, Millie Turner was identified as her former United team-mate ‘Amy Turner’

However, an eagle-eyed Turner, who is a household name in the Women’s Super League, spotted the glaring error before bringing the sportswear giants corrected their mistake over social media.

The picture of Millie had the name ‘Amy Turner’ displayed along the side of it, and the screenshot was accompanied by a message to her 32,400 Twitter followers, saying: ‘Considering I’ve been at Manchester United for three years and an adidas athlete for two… You’d like to think adidas would get my name right.’

That was followed by a ‘hand over face’ emoji .

While the error of misidentifying one of your own athletes is fairly embarrassing, the irony of the campaign’s tagline ‘never forget where you came from’ takes it to another level.

Adidas quickly amended the mistake on their website soon after it was pointed out to them by the United defender before issuing an apology in a response to her initial tweet.

Adidas responded: ‘Millie, we messed up and we’re gutted. You’re part of the adidas family and we want to make amends. Let’s get some new shirts out to your biggest fans. Let us know who and we’ll deliver.’ 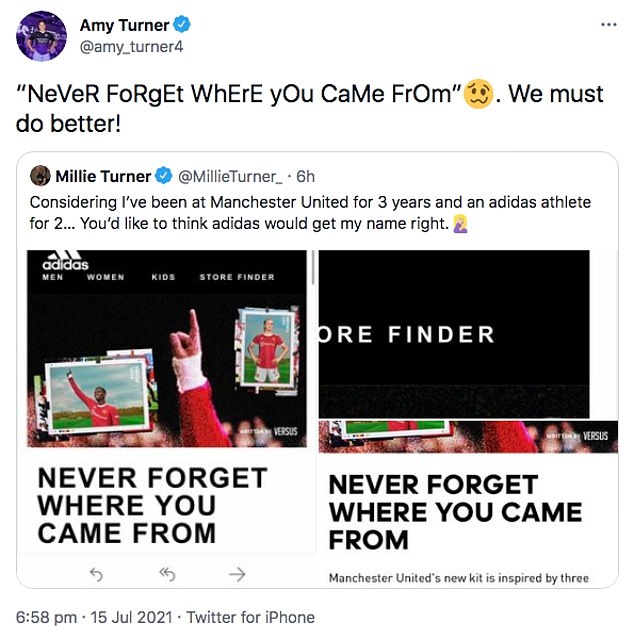 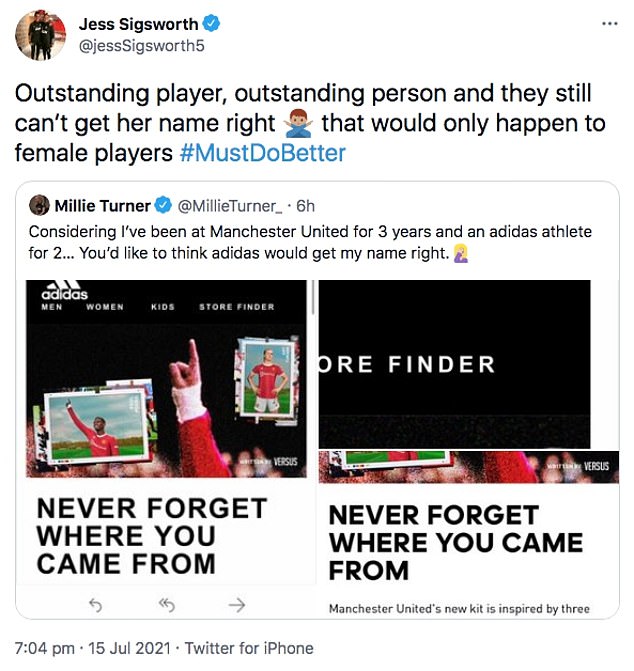 However, past and present players, including Amy Turner and Jess Sigsworth, condemned adidas for the glaring error

Turner’s original tweet went viral with a number of past and present players commenting on the post.

Former United player Jess Sigsworth wrote: ‘Outstanding player, outstanding person and they still can’t get her name right. That would only happen to female players #MustDoBetter’

The player who adidas mistook Turner for, Amy Turner, mocked the company, writing: ”NeVeR FoRgEt WhErE yOu CaMe FrOm’ We must do better!’

And Blackburn Rovers star Natasha Fenton wrote: ‘It’s like big brands are just going through the motions to ‘support’ and ‘promote’ female athletes. It comes across as if they are doing it just because society says so. Shame on you adidas.’ 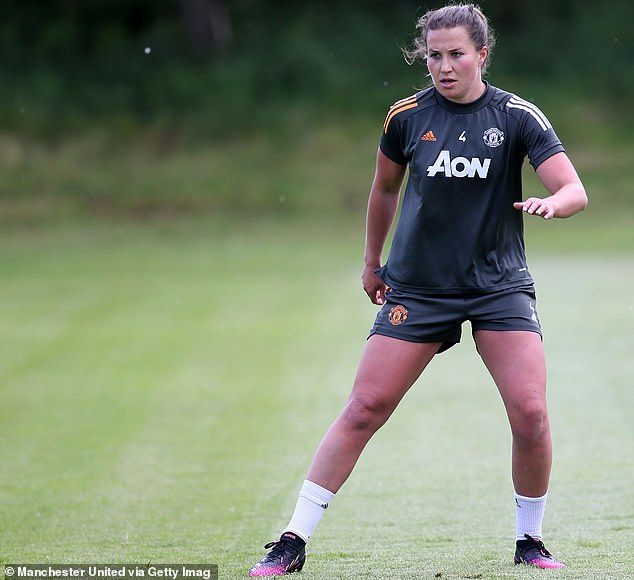