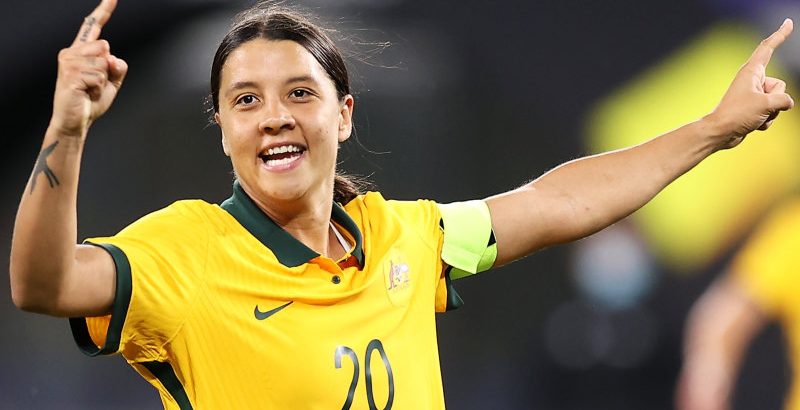 For the better part of the past decade, USA knew how to nullify every dangerous opponent. It’s part of what’s made them the dominant force in women’s football, sweeping the field as they marched to the last two successive World Cup titles.

However, times are changing. Heading into their match against the Matildas at Stadium Australia on Saturday night, their coach concedes there is one player they can’t truly be confident of stopping. 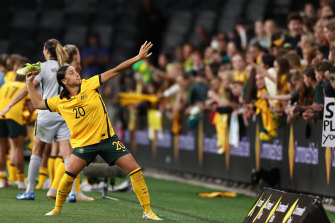 One of the world’s best: Kerr has the world champions worried. Credit:Getty

“Sam Kerr is definitely one of the best players, one of the best strikers in the world and this is not a case in recent past, it’s been the case for years now,” USA coach Vlatko Andonovski said.

The Matildas’ captain is well known to the coach from her time playing club football in North America and the USA players are all too familiar with her exploits. However, that insight hasn’t transpired into confidence in the visitors’ ability to keep Kerr quiet on Saturday night.

Clinical in front of goal, growing in creativity in the final third and a threat from distance, close range, on the ground and in the air – Kerr is every part the complete striker. She enters Saturday’s clash against the champions in a rich vein of form, scoring a hat-trick for club Chelsea on Monday morning (AEDT) before boarding a flight for Sydney. If Kerr nets another goal for Australia, she’ll equal Tim Cahill’s record of 50. One more and the 28-year-old from Perth will become the country’s outright record goalscorer of all time.

The Americans are working on ways to prevent that from happening during this friendly series. However, Andonovski concedes even the best-laid plans can’t give them much confidence of keeping Kerr quiet. 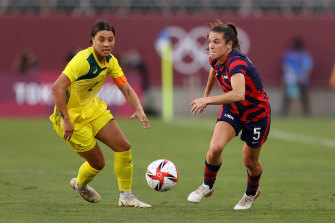 Kerr found the back of the net against USA at the Olympics earlier this year. Credit:Getty

“She’s an incredible player. I’d like to say that ‘if we do this, we’ll stop Sam Kerr’ but it just doesn’t work like that,” Andonovski said. “She’s so dynamic and so unpredictable that no matter what you do, she always figures out a way to make it tougher. At the same time, that’s what we want. We want to play against the best.”

It’s not just the threat of the Chelsea striker that has put the Americans on alert but the attacking threat of the Matildas. While Australia’s defence has been highly problematic this year under the guidance of coach Tony Gustavsson, finding their way to goal has been less of an issue. While Kerr has played a big role in that, it’s the emergence of another promising talent that has made the Matildas a dangerous side in the eyes of the world champions.

“Mary Fowler, I think she’s very young and has been scoring some good goals for Australia and is this up and coming player. I think that’s really exciting that you’re seeing young talent emerging in full teams,” USA defender Abby Dahlkemper said. “We have had really exciting games against Australia, no shortage of goals which as a defender I don’t know, hopefully we can put up a strong defensive performance in these two games. It’s always a good game against Australia, they’re physical, good in transition, technically and tactically sound to.”

The Matildas are set to break an attendance record for an Australian women’s football match on Saturday night with a potential crowd of up to 40,000, almost double the previous highest attendance. Football Australia sources say more than 30,000 tickets have already been sold for the Matildas’ first match at the former Olympic stadium which could be about half-full for the clash against the reigning world champions.

In total, the Matildas could play in front of more than 60,000 within a week with Tuesday’s match against the USA in Newcastle expected to be declared a sell-out before game day. More than 20,000 tickets had been sold as of Thursday and with reduced capacity at the venue of about 24,000, the box office windows will likely be shut on game day.