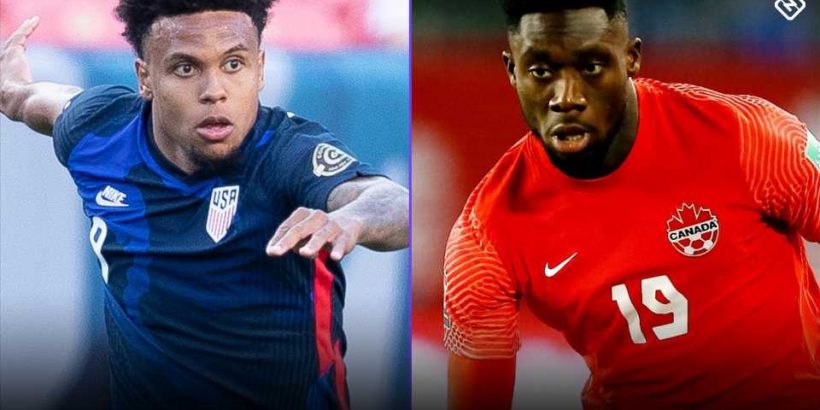 There will be 12 qualifying matches remaining after Sunday, but there is no doubt that there is real pressure on both the USA and Canada ahead of their CONCACAF World Cup qualifier, especially in the case of the Americans who will be the hosts in Nashville’s Nissan Stadium. A slow start and some costly home defeats led to the USA failing to make the 2018 World Cup. It needs a win to avoid inevitable comparisons with the last qualifying disaster.

Both teams are coming off an opening draw which left them dissatisfied. The USMNT was expected to beat a less talented El Salvador team, but instead tied 0-0 in one of its best chances at a road win in the final round of qualifying. Meanwhile, Canada was aiming for a win at home against Honduras and had to settle for a 1-1 draw. Canada knows it can make up for the two points dropped at home and get its World Cup dreams back on track by claiming a major road scalp against a favorite like the USA. And the Canadians plan to play off the pressure they know will be weighing on the Americans:

“Their fans were probably a little upset that it was only a point,” said Canadian defender Alistair Johnston said. “I know they’re going to feel a little bit of pressure and that’s kind of going to be our game plan — to feed off that. Can we keep the game tight and combative for the first half and be difficult to break down and see if we can create some nervous tension in their ranks and they start to feel that pressure. That’s going to be something we want to try to do.”

Matches have been increasingly competitive between the USA and Canada over recent years as the Canadians have made massive strides, advancing to the final round of CONCACAF qualifying for the first time since 1997. The Canadians won once in the last three meetings since 2019 and deserved more from their narrow 1-0 loss to the Americans in the CONCACAF Gold Cup group stage in July.

“They’re one of the most improved teams in CONCACAF,” USMNT coach Gregg Berhalter said. “A good, young player pool, similar to yours. The game is going to be tight. We played them last month in the Gold Cup. We talked about it being a tight game and it will be a tight game [Sunday] as well.”

How to watch: USA vs. Canada

The match will be broadcast on FS1 in English, and both UniMas and TUDN in Spanish. All three networks are streamed on fuboTV (free 7-day trial).

The event will hosted at Nissan Stadium in Nashville, where over 36,000 fans are expected.

Berhalter confirmed that Zack Steffen will still be unavailable to play against Canada, and Matt Turner is expected to return between the posts. Berhalter also said that Christian Pulisic’s status was still being determined as of the day before the game. He wants to see if Pulisic has made enough progress after a prolonged stop due to a bout with COVID-19. Based on Berhalter’s comments, it’d be a surprise to see Pulisic in the starting lineup:

“To be out for 10 days and have COVID isn’t the easiest thing to get over,” he said. “For us, it’s about seeing how he can come back in a safe way.”

As for Canada, Herdman indicated there were players who would get a second straight start on short rest against the USA, but he also expects to introduce some fresh legs. That is likely to happen in midfield, where regulars Mark-Anthony Kaye and Jonathan Osorio were rested against Honduras.

If it were not for a late game-winner scored by Mexico, all four matches in the opening round of CONCACAF qualifiers on Thursday would have finished in a draw. It speaks to just how balanced and competitive the qualifying campaign will be in the region. So the expectation is for USA-Canada to also be tight and perhaps to be decided, if at all, by a single goal.

The fear of losing should be enough to keep this a low-scoring game (in addition to the importance of goal difference). Neither side will be reckless and the team that takes the lead will probably be content to defend that result and play on the counter.

The lopsided odds in favor of the USA are not factoring Canada’s quality and how competitive it has been against the Americans in recent matches. So there’s definite value in Canada (for example, double chance is available at +130) if you believe Les Rouges are capable of coming away with a result. If you don’t see a chance that the Americans lose this match and you feel the pessimism is overdone, a U.S. win or tie and under 2.5 total goals (-125) could prove the safest play.