‘They are a good group who want to get better’: Aston Villa manager Dean Smith pleased players are taking more responsibility after successive losses

Aston Villa head coach Dean Smith believes the players have embraced his plea for them to take more responsibility.

Smith was pleased by the reaction in their debrief following defeat at QPR last week and welcomed the issues members of the squad raised.

‘We did a debrief on Monday and spoke about some things we can do better but we also spoke about the positives,’ he told a press conference ahead of Friday’s visit of Bolton. 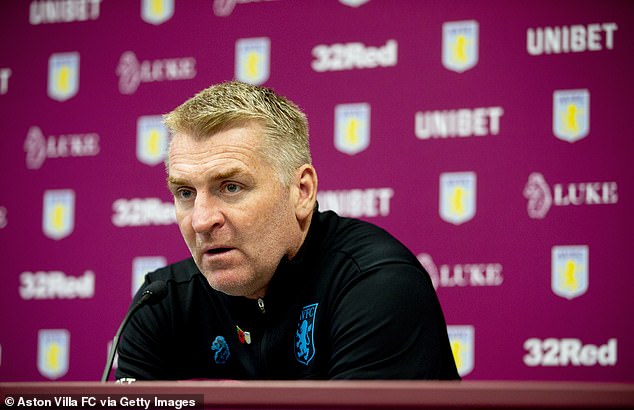 ‘The players are really receptive, get involved in discussion. I’ve said before I want them to take responsibility and become responsible and some of the points they brought forward were really good and will help us as a group moving forward.

‘On the training ground it has been very good. They are a good group who want to get better.’

After winning his first match in charge after taking over from Steve Bruce, Smith has lost his next two but knows expectations are high heading into a match against opponents who have won just once in 11 matches.

‘It’s another game in this league Aston Villa will be expected to win, but Bolton will have something to say about it,’ he added. 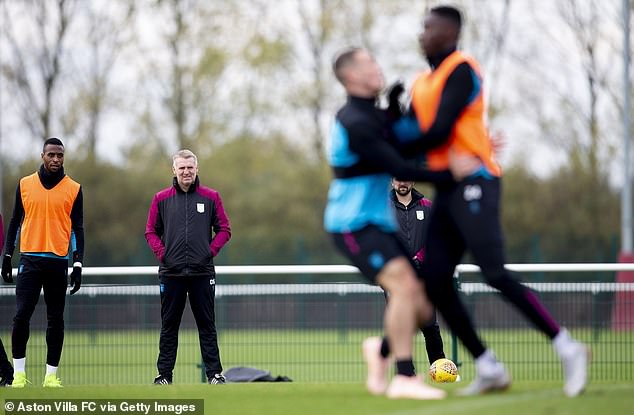 Bolton’s poor run, which includes four defeats and a draw in their last five matches, has put the pressure on boss Phil Parkinson with speculation about his future intensifying, especially after owner Ken Anderson spoke about ‘drastic action’ being required. However, defender Andy Taylor believes Parkinson deserves to be given more time.

‘I hope nothing silly goes on behind the scenes but it’s out of our hands as players – we have to just crack on and work hard for the manager, do what he tells us out on the pitch,’ Taylor said.

‘We don’t want to be involved in another relegation scrap. Results haven’t been great and we certainly don’t want to slip any further.

‘There will be times when we lose two or three together but as long as you remain focused on putting an end to that run and not feeling sorry for yourselves or looking for excuses, then we should be OK.’