Vinicius Junior will be able to face Barcelona in the Clasico after all.

The 18-year-old Real Madrid forward, who has not been a regular in the first team, had his suspension overturned on Friday.

Vinicius Junior was sent off after being shown two yellow cards in a match with Real Madrid’s ‘B’ team last weekend, which automatically suspended him from playing with the senior squad in Sunday’s Clasico. 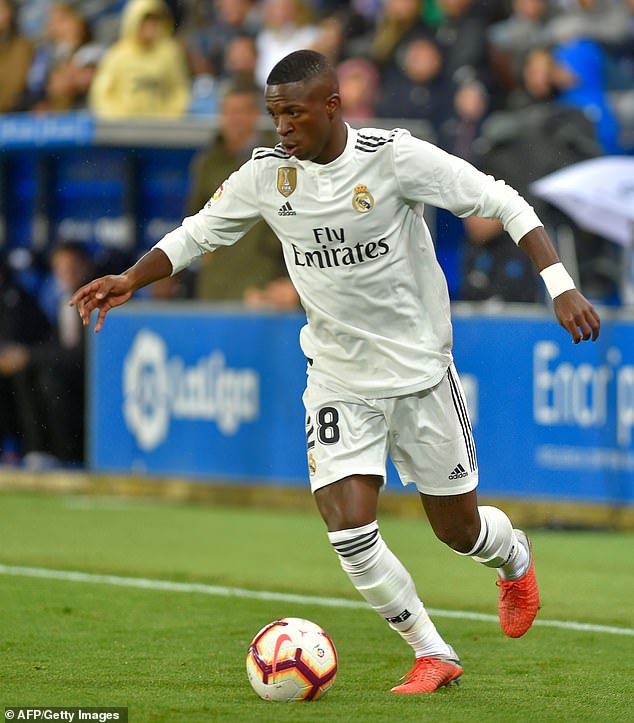 But the suspension was annulled after an appeals committee ruled he didn’t deserve the second yellow card, which had been shown for diving. The first one was for an altercation with an opponent.

Madrid coach Julen Lopetegui, with his job on the line ahead of Sunday’s match at Camp Nou, will also be able to count on veteran left back Marcelo, who has recovered from an ankle injury that kept him from finishing the team’s Champions League match on Tuesday.

With Vinicius Junior cleared, it will be up to Lopetegui to decide whether to include the young Brazilian in the squad this weekend.

Vinicius Junior was on the bench in the team’s 2-1 win over Viktoria Plzen on Tuesday, but he has not been a regular for Lopetegui.

He played a few minutes off the bench in the derby against Atletico Madrid last month, and recently also came in late in the team’s loss at Alaves. 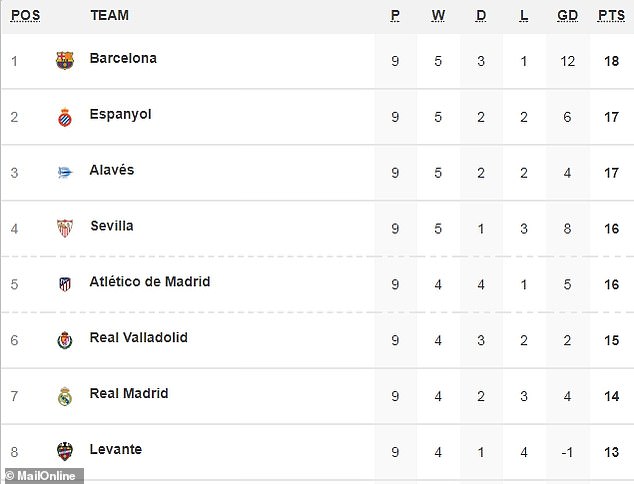 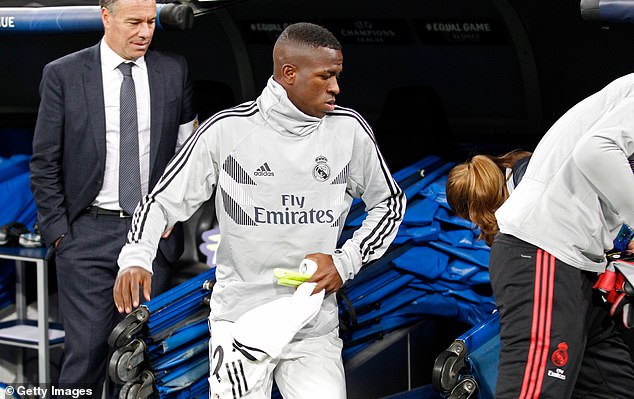 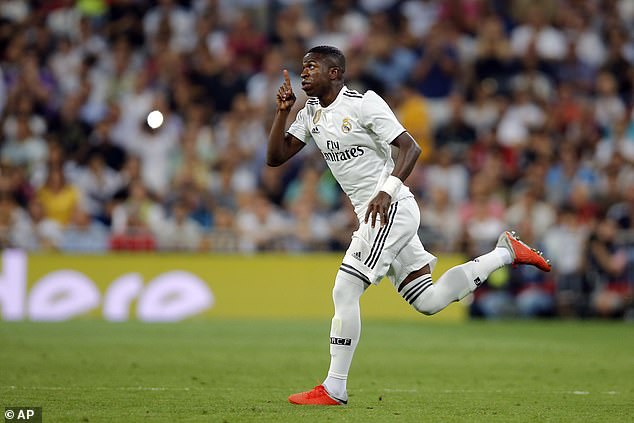 Local media have been criticising the coach for not giving more playing time to the talented youngster who arrived in pre-season amid high expectations. Madrid paid nearly £40million to sign Vinicius Junior from Brazilian club Flamengo.

The forward said recently he preferred to play with the ‘B’ team rather than ‘staying at home’ when not called up for the main squad.

Lopetegui is under pressure as Madrid is coming off a five-game winless streak and its worst scoring drought ever.

A poor performance Sunday could mean the end of the line for the coach who arrived amid controversy after being fired from Spain’s national team just before the World Cup for not telling federation officials about his deal to coach Madrid.

The Spanish powerhouse is only seventh in the league standings, four points behind leader Barcelona. 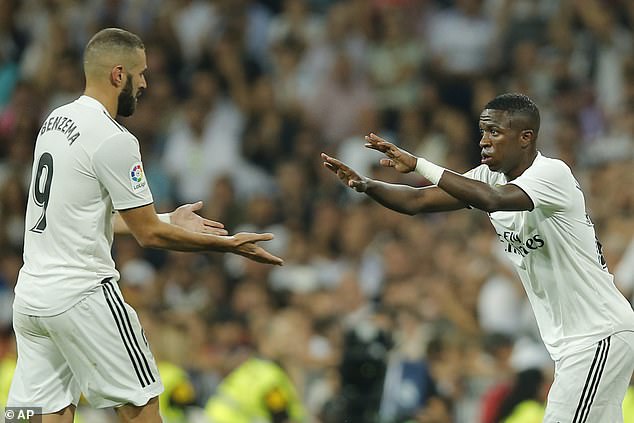 Even if Vinicius Junior is called up, Lopetegui is likely to stick with Gareth Bale and Karim Benzema in attack on Sunday. Benzema scored the team’s first goal against Viktoria Plzen. Bale helped set up the second, scored by Marcelo.

The only absence for Madrid will be injured right back Dani Carvajal, who is expected to be replaced by Nacho Fernandez.

Barcelona will be without Lionel Messi, who broke his arm in the win over Sevilla last weekend.

Barcelona coach Ernesto Valverde is expected to use the same 11 who started in the team’s 2-0 win against Inter Milan in the Champions League on Wednesday, with Rafinha in the midfield trying to make up for Messi’s absence.

‘A Clasico is a Clasico, the rival’s situation doesn’t really matter,’ Barcelona forward Luis Suarez said. ‘We have to give everything we’ve got.’

Spanish media reported Friday that local police have launched an operation against a series of companies accused of falsifying tickets for Barcelona’s matches, including for Sunday’s ‘clasico.’ Ten people have reportedly been detained.