‘It is down to us as players to create the atmosphere’: Kyle Walker defends Manchester City fans’ treatment of the Champions League ahead of group stage clash with Shakhtar Donetsk

City go into Wednesday’s game against Shakhtar Donetsk as leaders of Group F and can take a big stride towards last 16 qualification with another victory.

However, their fans have been accused of staying away from the competition and others have repeatedly booed the Champions League anthem before kick-off. 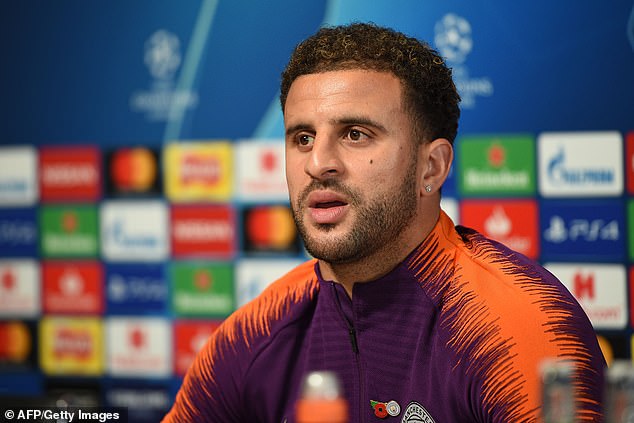 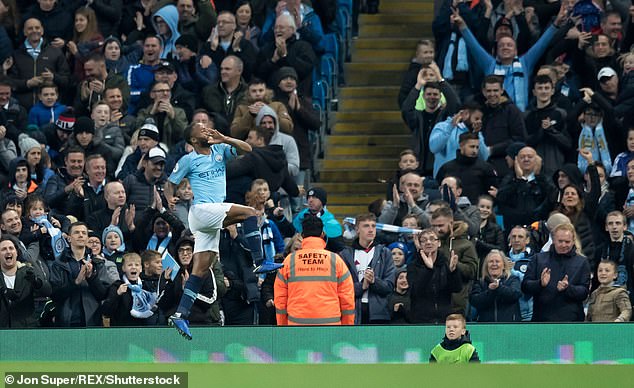 ‘It is down to us as players to create the atmosphere in there and help the fans,’ Walker said at a pre-match press conference on Tuesday. ‘They are the 12th man.

‘We have an important job on the field to get the victory and we need to make history for this club and that is what we want to do.’

The game against Shakhtar comes four days before a huge derby with rivals Manchester United, but Walker insists City are only focusing on Shakhtar. 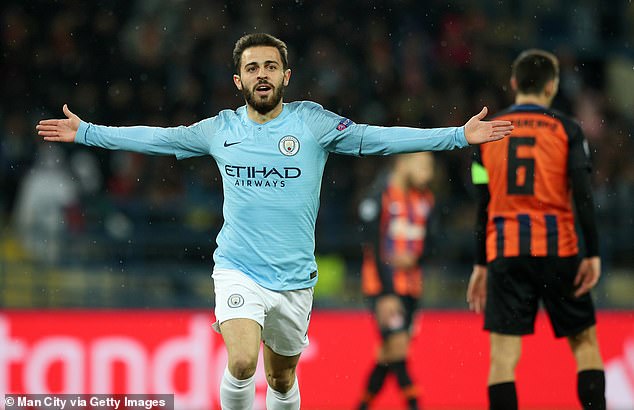 ‘Every game is important,’ he added. ‘We go game by game. We are fully focused on Wednesday. We will think about Sunday’s after this game.’

The former Tottenham defender also revealed why he cuts holes in his socks before games after drawing attention for his unique look earlier in the season.

He said: ‘I get tight calves with my age. I do that to relieve a bit of pressure.’ 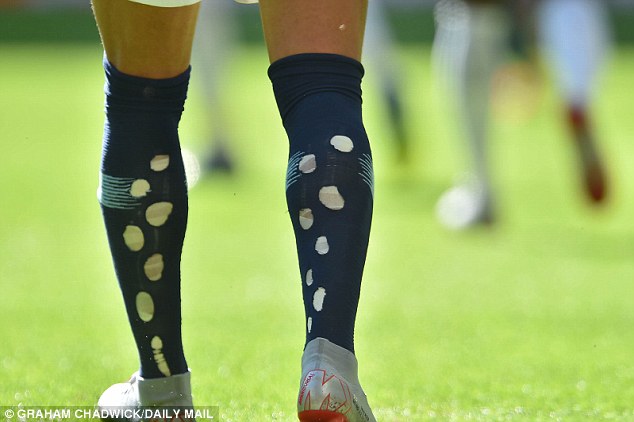