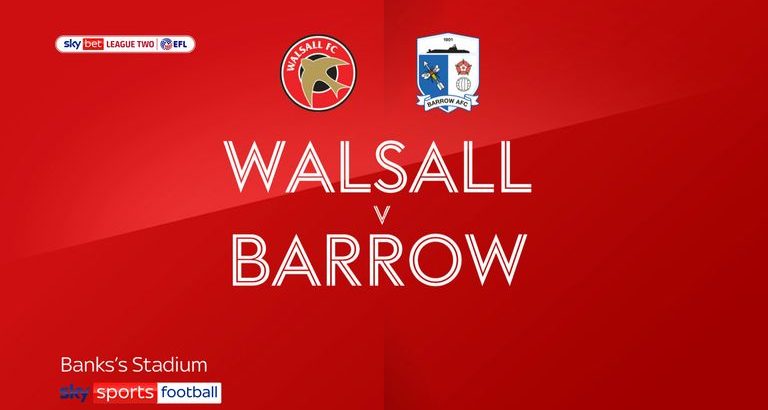 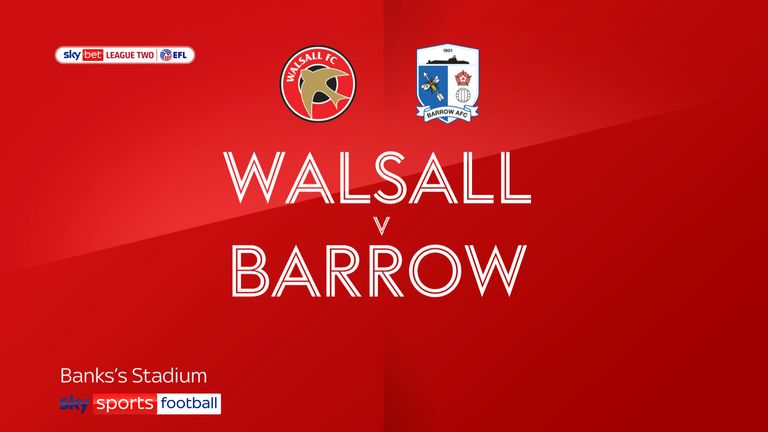 Substitute Kay latched on to Scott Quigley’s clever flick to stride into the Saddlers box and curl a fine finish beyond the reach of goalkeeper Liam Roberts.

It was a deserved win for the visitors, who created the best chances throughout, with Quigley guilty of scuffing a tame early shot straight at Roberts when Jamie Devitt’s ball found him in space.

A backpedalling Roberts later did well to tip over Tom Davies’ looping far-post header from a Devitt corner.

Roberts was called into action again shortly after the interval, saving smartly at his near post from Luke James’ shot on the turn.

Cameron Norman registered Walsall’s first real effort midway through the second half, but his well-struck 25-yarder was deflected wide.

That was as good as it got for the hosts, who are just nine points above the bottom two after a fifth defeat in a winless eight-game run.