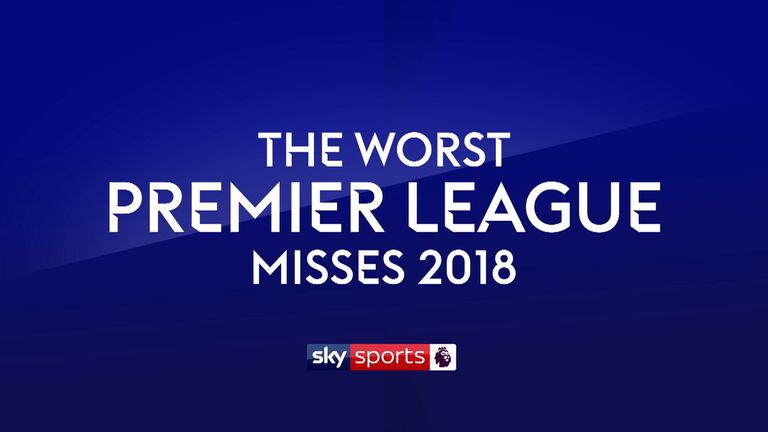 There’s been some sensational Premier League goals in 2018 – but a fair few shocking misses too! Vote for the worst here…

There’s some big names on the list of worst misses – with even last year’s Golden Boot winner Mo Salah making the line-up.

Remember Raheem Sterling’s miss for Manchester City against Burnley? Manager Pep Guardiola later suggested it had cost his side two points in the All Or Nothing documentary about their season, and of course, it’s on the list.

So too is Newcastle’s Matt Ritchie for inexplicably smashing the ball wide from only a few yards out with the goal gaping against the same opposition – but fortunately for him, Rafa Benitez’s side hung on to win.