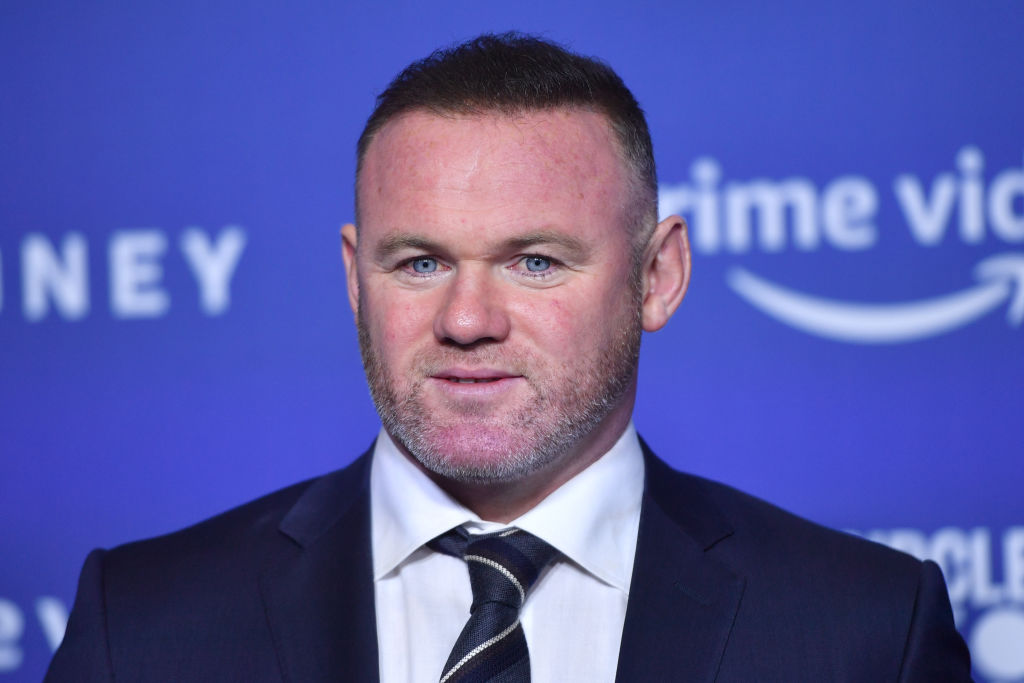 England thrashed Iran 6-2 in their opening match of the tournament but were brought back down to earth on Friday night as they failed to beat USA.

Southgate’s side remain favourites to top Group B – anything less than a three-goal defeat guarantees England’s place in the next round – but the manner of the USA stalemate has raised concerns over their World Cup credentials.

Rooney, the nation’s all-time top goalscorer, believes England have a ‘good chance’ of winning the World Cup but has urged Southgate to ring the changes for their clash with Wales on Tuesday night.

The former Manchester United striker reckons Three Lions captain Harry Kane should be rested ahead of a huge last-16 encounter and says Chelsea’s Mason Mount should be dropped.

That would allow Manchester City star Phil Foden to get his first start of the tournament after several pundits questioned his absence against USA.

Writing in a column for The Times, Rooney said: ‘England’s performance was not great on Friday and there is no getting away from the fact that they will need to play a lot better to have a chance of winning this World Cup.

‘Gareth Southgate needs to make changes for Tuesday’s game with Wales and given that it would almost take a miracle not to qualify, it’s the perfect opportunity for him to give minutes to players who have not been used much so far.

‘Top of the list is Phil Foden. I found it very strange that Foden did not come on as a substitute against the USA. He would be a key part of my starting XI if I were the England boss. Technically, he is the best footballer England have.

‘I think if you have a talent like Foden, you simply have to play him. He is now a different player from the one we saw at Euro 2020, when he struggled to make an impact.

‘He is more mature and came into this tournament on the back of a long period of brilliant performances for Manchester City. He has the form to go with the ability.

‘If I were him, I would be very frustrated that I didn’t get on the pitch at any stage of Friday’s game.

‘My starting XI would have Foden on the left and Bukayo Saka competing with Raheem Sterling for a place on the right.

‘I would also bring in another holding midfielder to play alongside Declan Rice, releasing Jude Bellingham to play as a No 10.’

Rooney, who scored 53 goals in 120 appearances for England, added: ‘For the Wales game, I would also take out Mason Mount and bring in Kalvin Phillips if he is fit, and otherwise Jordan Henderson.

‘I know Mount did very well against Iran and that he gives you a lot in terms of work rate and energy, but sometimes you need to just let your flair players and your better footballers go and influence games.

‘That is why, if I were the England manager, I would make sure to get Foden on the pitch. Another of Foden’s strengths is his flexibility. If you need to change a game without making a substitution you can do that with Foden, because you can bring him inside if you need to, or you can play him out wide.

‘The other big change I would make for the Wales match would be to rest Harry Kane. Against the USA, he looked like he may have been suffering the effects of a heavy knock he took in the Iran game.

‘It was from a tackle in the second half and in that match I felt that Gareth should have considered taking him off at half-time. England were leading 3-0, the game was already won and Harry is our most important player.

‘When there are opportunities to protect him and help him stay fit, I believe Gareth should take them — and that is why I would keep Harry on the bench against Wales.’

England remain one of the favourites to win the World Cup alongside the likes of Brazil, France and Spain.

Assessing England’s chances after their first two games in Qatar, Rooney said: ‘My overall message to everyone who follows England? Keep calm.

‘Before the tournament, if you had offered England the chance to have four points after two games and be practically through to the knockout rounds, they would have taken it.

‘The clean sheet against the USA is something to build on, and getting a decent result while not playing so well still has its positives.

‘The overall picture for England is that we have seen nothing to fear in the rest of the tournament. England have a great blend of youth and experience and arguably the best squad at the World Cup in terms of quality.

‘I think you still need a bit of luck, with draws and in individual games, but I do think England have still got a good chance in Qatar.’

While England are on the verge of qualifying for the last-16, Wales will need to beat their neighbours to stand a chance of progressing in Qatar, having lost to Iran following an opening draw against USA.