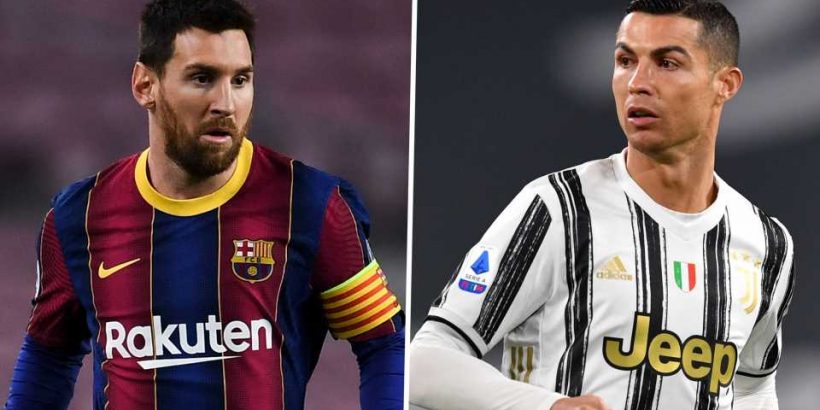 Messi, who is fast approaching the final few months of his current contract at Barcelona, has been tipped to call time on his illustrious 16-year career at Camp Nou this summer and make his way to PSG.

Rumours that the Argentine’s long-time rival Ronaldo could join him at Parc des Princes have surfaced this week, with Leonardo speaking out on the ongoing speculation during an interview with RMC Sport.

Quizzed on the possibility of Messi joining the club later in the year, the PSG chief responded: “We have nothing at all in relation to the future, except the idea of extending the players that we already have.

“There is nothing to contract or plan for anything. We are also obliged to measure what will be the financial results of this season.

“So, we’re attentive, but there is nothing (with Messi).”

Leonardo stopped short of confirming PSG’s reported interest in Ronaldo, but did admit that the club is always open to the possibility of signing the best players in the game.

When asked to weigh in on a possible swoop for the Juventus superstar, he added: “What makes us happy is that the PSG is almost always in all the files. It’s good. The transfer window is very fluid, there is movement.

“PSG is very desired, in general. All the great players are linked to PSG. This is something that must be valued.

“We are always in the position to speak with the great players, who would like to come. But we have no negotiations in progress regarding a new player.”

What has Leonardo previously said about Messi?

Leonardo publicly admitted that Messi is on PSG’s radar when he revealed that the French champions are keeping close tabs on his contract situation at the start of the year.

“Great players like Messi will always be on PSG’s list,” he said. “We are seated at the large table of those clubs who are following the matter closely.”

The possibility of both Messi and Ronaldo moving to PSG seems unlikely despite the ongoing rumours, but it is certainly not beyond the realms of possibility that one of them could join Mauricio Pochettino’s ranks.

Ronaldo’s future at Juve was thrown into doubt following their early Champions League exit this week, with suggestions that the Italian giants could look to cash in on their prized asset before he becomes a free agent in 2022.

Messi, meanwhile, pushed for a transfer away from Barca last summer only to see his exit path blocked, and has insisted that he won’t make a final decision on his long-term future until the end of the season.

Neymar has welcomed the prospect of his former team-mate’s arrival at PSG, who are reportedly set to offer him a bumper contract that the Blaugrana cannot afford to match amid the coronavirus crisis.

Cristiano Ronaldo vs Lionel Messi: Who is the GOAT in football?