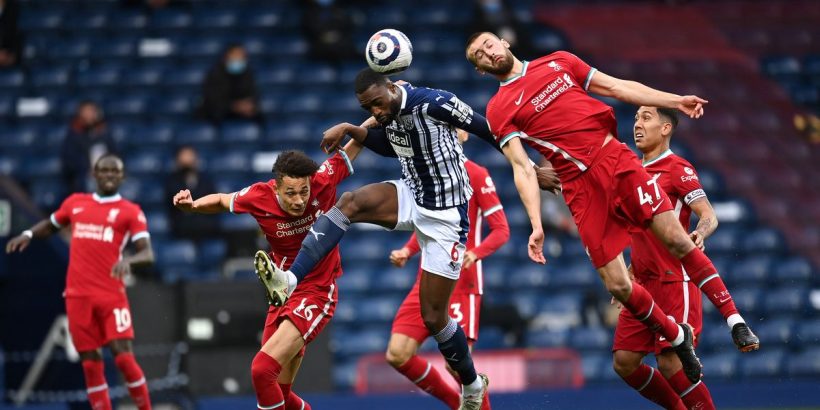 Liverpool boss Jurgen Klopp would've been disappointed to watch his team concede first against West Brom in the Premier League on Sunday – and it might've changed his transfer plans.

The German boss has bemoaned injury problems so far this season as their title challenge fell away after the turn of the year, having been forced to name makeshift teams.

Many of those problems have come in the heart of defence, with Virgil van Dijk and Joe Gomez both missing vast chunks of the season following serious knee injuries.

Those absences led to both Ozan Kabak and Ben Davies joining the club in January, with Nat Phillips and Rhys Williams playing much larger roles than they might've expected.

With the news that Ibrahima Konate could join from from RB Leipzig this summer, the club look set to allow Ozan Kabak to return to Schalke, with a potential move for former Bolton defender Phillips.

That might've seen Williams playing a supportive role from the bench with Van Dijk and Gomez nearing their returns to action, but Klopp could now change his mind.

William's 20, incidentally left a gap for Hal Robson-Kanu to charge down and score during the opening stages, and more first-team experience could prove vital in his progression.

Should he leave on loan next season, Klopp might look to bring in another short-term central defensive option to see how the youngster progresses with more experience.

Klopp said of Phillips and Williams this week: “The concentration level showed [on Thursday] night again is immense, absolutely insane what they did there. Against this front four of United it’s not easy."

The manager added: “But it was really well supported, I have to say, by our two full-backs. They were really leading the line last night, a lot of talks.

“Rhys is a natural talker on the pitch, which helps as well. So I liked how we organised the last line, that was really good.”

Klopp described Williams as a natural talker on the pitch, and he might now want to continue playing regular football – but that looks an unlikely hope given the return of those currently sidelined.

That leaves a season-long loan as the obvious solution, with the youngster looking like a fine prospect with a long-term Liverpool future.