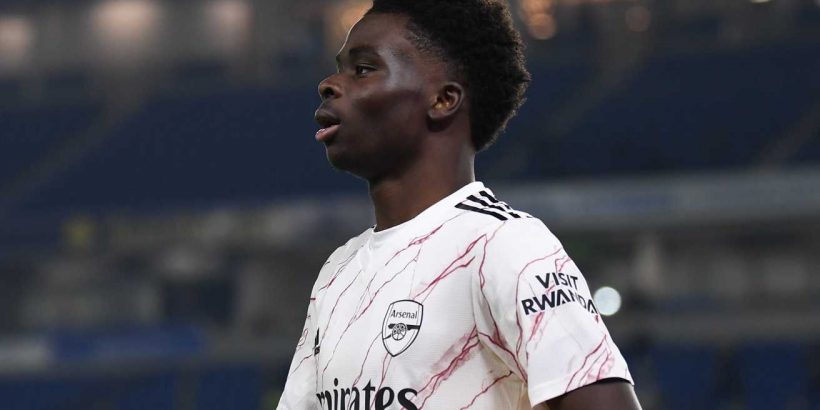 West Brom host Arsenal in the Premier League on Saturday evening as the Baggies try to bounce back following their 5-0 thrashing by Leeds earlier this week.

A farcical Romaine Sawyers own goal kick-started a thrashing at the hands of Marcelo Bielsa’s team, for whom Ezgjan Alioski, Jack Harrison, Rodrigo and Raphinha all netted. That same night, Arsenal earned their second consecutive top-flight victory – having previously failed to record a win since 1 November – as they battled past Brighton 1-0.

For Arsenal, it was promising to capitalise on their convincing 3-1 Boxing Day victory over Chelsea, while West Brom took a step back after Sam Allardyce’s first result in charge – an encouraging 1-1 draw against league leaders and champions Liverpool.

The Baggies will enter Saturday’s fixture in 19th place in the Premier League, while Mikel Arteta’s Arsenal will come into the tie in 13th or 14th spot – depending on how Crystal Palace fare against bottom Sheffield United.

Here’s everything you need to know about the top-flight fixture.

The game will kick off at 8pm at the Hawthorns on Saturday evening.

The match will air live on BT Sport 1 HD and BT Sport Ultimate. Subscribers can also stream it live on the BT Sport website and app.

West Brom will once again be missing the injured Conor Townsend, while Jake Livermore is serving the final game of a three-match ban. Former Gunner Kieran Gibbs is unlikely to feature due to a thigh issue, and Kyle Bartley and Hal Robson-Kanu are also not expected to be involved.

For Arsenal, longer-term absentees Thomas Partey and Reiss Nelson are still not fit enough to return, and Gabriel – who recently tested positive for Covid-19 – will also miss out. Willian and Daviz Luiz are expected to return to the bench at least, however, and the injury Bukayo Saka sustained against Brighton is unlikely to keep him out here.

There was little in West Brom’s performance against Leeds to suggest they are going to turn a corner particularly quickly, even after their draw with Liverpool, while Arsenal do seem to be improving after a torrid spell in the Premier League. West Brom 0-2 Arsenal.