West Ham will face either Leeds or Hull in the Carabao Cup third round, who play on Wednesday evening

Sebastien Haller scored twice as West Ham got some respite from their Premier League problems with a 3-0 victory over Charlton in the Carabao Cup.

The Hammers’ record signing struck twice in four first-half minutes, and Felipe Anderson added a late third, to ease David Moyes’ side into the third round.

It may only temporarily paper over the cracks after West Ham’s poor start to the season, a 2-0 home defeat by Newcastle on Saturday, as well as the unrest off the field and the nightmare set of fixtures that awaits them.

But with Arsenal, Wolves, Leicester, Tottenham, Manchester City and Liverpool to come, the League Cup could well be their only chance of racking up some wins before the end of October.

So the rumblings of discontent were put to one side, for one evening at least, as West Ham booked a home tie against either Leeds or Hull. 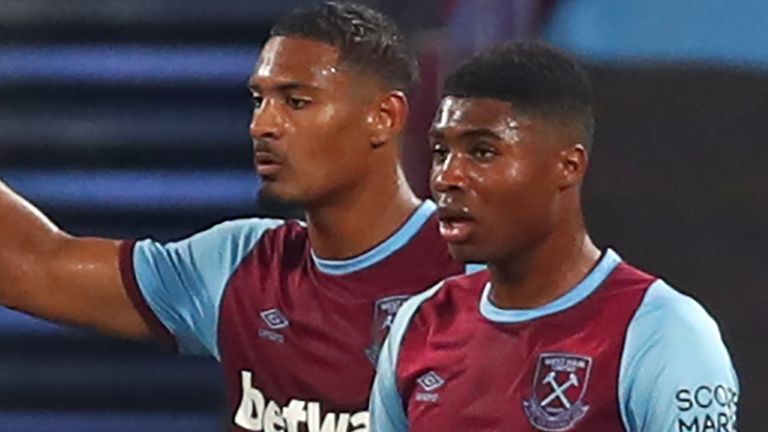 In the first meeting between the London clubs since 2007 the hosts had the ball in the net after 10 minutes following a goalmouth scramble, but Andriy Yarmolenko’s scruffy effort was ruled out for a foul.

Haller scuffed an early chance wide from 10 yards but did not have to wait long to open his, and West Ham’s, account for the season.

More on this story 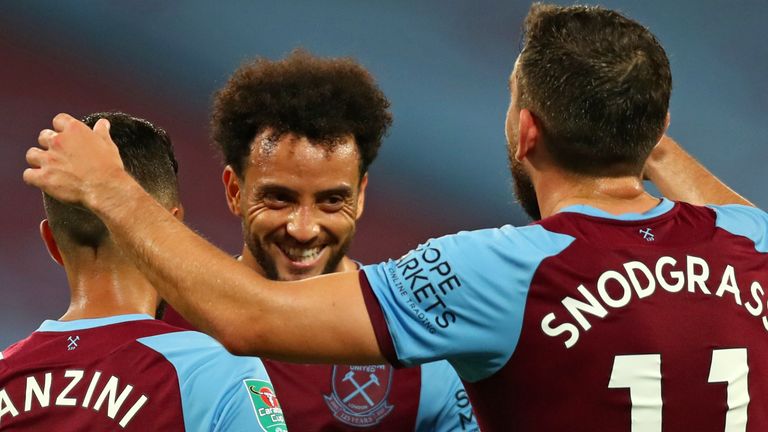 In the 22nd minute young midfielder Josh Cullen, who spent the last two seasons on loan at Charlton, played a clever ball over the top to Yarmolenko who presented Haller with a tap-in.

Four minutes later Haller, who struggled in his first season in east London, offered a glimpse of the player West Ham thought they were getting last summer with a towering header to bury a Robert Snodgrass cross.

League One Charlton almost grabbed one back before half-time but the sliding Macauley Bonne was inches away from converting Alfie Doughty’s cross. 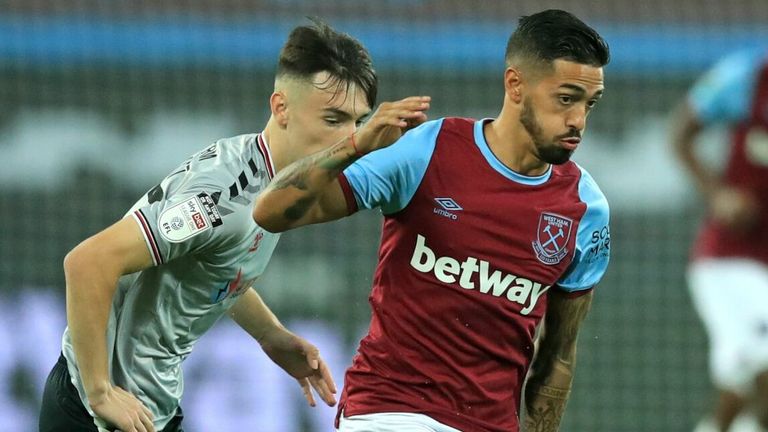 After the break Wales midfielder Jonny Williams forced a save from Hammers goalkeeper Darren Randolph with a fierce volley.

But Anderson ensured West Ham’s safe passage through when he tucked away Manuel Lanzini’s square ball 10 minutes from full-time.

West Ham are back in action on Saturday when they make the short trip to Arsenal in the Premier League, live on Sky Sports (kick-off 8pm). Charlton are at home to Doncaster on the same day in Sky Bet League One (kick-off 3pm).