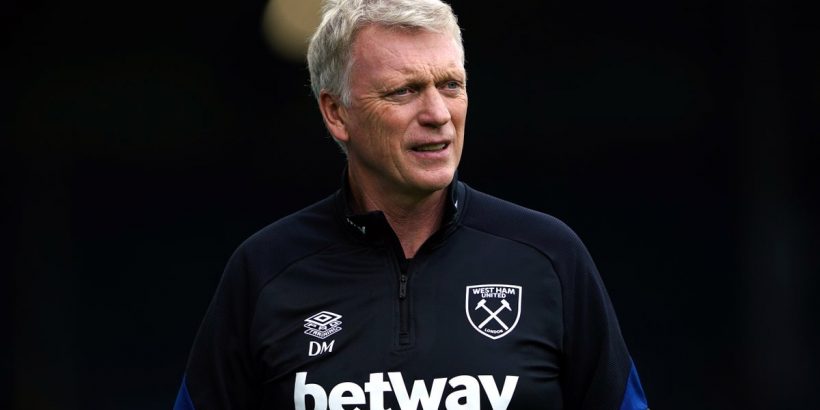 West Ham coach David Moyes is loving life in the Europa League but has vowed not to take his eye off the ball in the Premier League as he bids to juggle a packed fixture list beyond Christmas.

The in-form Hammers continued their European adventure with a 2-0 win over Rapid Vienna on Thursday evening, a repeat of the result they achieved at Dinamo Zagreb a fortnight ago.

But the experienced Scot, who must swiftly switch his attentions back to domestic duties ahead of Sunday’s visit of Brentford, insists he is relishing the challenges posed by the hectic schedule.

“We want European football,” he said. “I wish it was the Champions League, because it would mean we had Wednesday-Saturday [fixtures], but if we’re getting Thursday-Sunday, I’m taking that all day long.

“I can’t take my eye off the ball with the Premier League, but I’m doing my best to juggle the squad and give everybody minutes and hope to try and win the games by using as many players as I possibly can.”

West Ham have so far coped impressively with the packed programme, with a narrow top-flight loss to Manchester United their only defeat of the campaign to date.

They sit seventh going into the weekend, two points and as many places above their newly-promoted visitors, Brentford. The fixture will see Hammers forward Said Benrahma reunited with the club he left just under a year ago.

Algeria international Benrahma took 31 games to score his first United goal but has already struck four times this campaign, including the clincher in the Rapid Vienna victory, prompting praise from Moyes.

“Since he’s come to us he’s taken a bit of time, but I say this quite often about the players who come up from the Championship and even players we bring in from abroad: Coming into the Premier League is not an easy one to step into and hit the ground running.

“Some players do, some don’t. I think it’s taken Said a little bit of time to understand his roles and how he has to play at this level, but we’ve been really pleased with him. He’s been a big positive for us since the start of the season.”

Vladimir Coufal, who missed the Europa League game against Vienna due to a minor injury, and fellow full-back Ryan Fredericks (groin), face late fitness tests ahead of the clash with Thomas Frank’s Bees.

Meanwhile, West Ham have announced the appointment of Rob Newman as the club’s new head of recruitment.

The 57-year-old joins from Premier League champions Manchester City, where he spent more than 12 years.

“I’m pleased that we’ve got someone to head up a recruitment department, it’s been quite sparse over the years and we’re happy to get Rob in,” said Moyes.

“Manchester City have done very well over the years, hopefully Rob can bring us some information from that.”