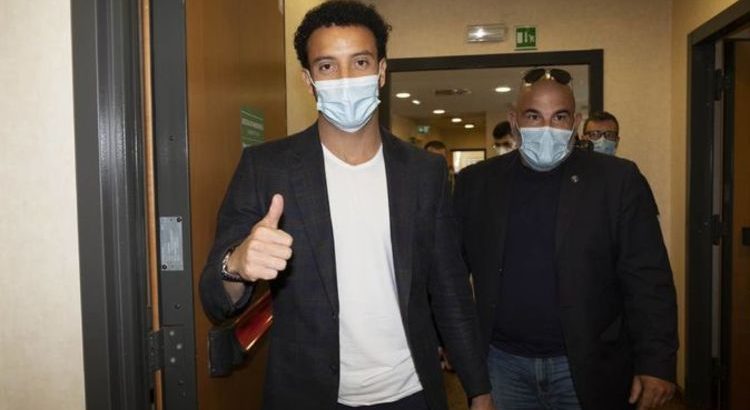 Lazio have confirmed the signing of West Ham United outcast Felipe Anderson. West Ham are attempting to revamp their squad ahead of the 2021/22 season and have succeeded in selling Anderson back to his former club.

Anderson arrived in east London in 2018 after West Ham agreed to pay Lazio a club-record transfer fee of £36million.

That fee has since been eclipsed by the £45m deal for Sebastian Haller from Eintracht Frankfurt, but there is no doubt that Anderson represents one of the club’s biggest missteps in the transfer market.

Anderson scored 10 goals and registered eight assists in 63 Premier League appearances for the Hammers after Manuel Pellegrini sanctioned his arrival.

Yet, despite showing flashes of his talent, West Ham never got much return on their substantial investment.

Anderson spent the 2020/21 season out on loan with Porto, but made just nine appearances due to a frosty relationship with manager Sergio Conceicao.

JUST IN: Chelsea cast-off set to choose between West Brom and Brentford

Although the 28-year-old attacking midfielder still has one year left to run on his West Ham contract – and went on their pre-season trip to Scotland – there was little chance of him breaking into David Moyes’ side next season.

Thankfully for the Hammers, they have found a club willing to take the Brazilian off their hands.

And the Italian club have officially announced his return to Rome after Anderson travelled to the city to undergo his medical on Tuesday.

Lazio will pay West Ham just £4m for his signature – quite the difference to the £36m the Premier League side paid them just three years ago – but there is a potential silver lining.

Mikel Arteta to give forgotten star lifeline to save Arsenal career

According to the Evening Standard, West Ham have negotiated a 50 per cent sell-on clause, meaning they could recoup some more money further down the line.

West Ham will therefore be hoping Anderson can rediscover his form and earn a big-money move elsewhere in the next few years.

Anderson is not the only player Moyes is hoping to move on this summer in order to trim the squad, reduce the wage bill and earn some value funds to redistribute.

Andriy Yarmolenko and Manuel Lanzini are both up for sale, with Moyes trying to build a squad capable of improving on their sixth place finish in the Premier League last season.

Fenerbahce have been linked with a move for Yarmolenko, who caught the eye for Ukraine at Euro 2020, but West Ham are yet to hear from any club interested in Lanzini.