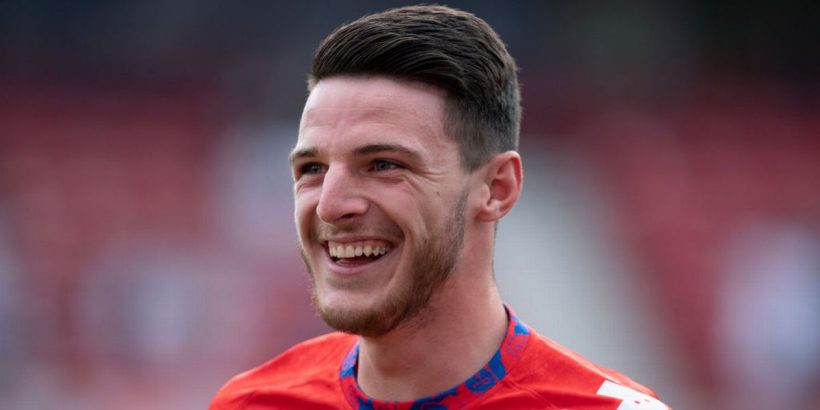 Declan Rice has vowed to end his beer ban if England win the Euros.

The Three Lions star admits he's never had a pint in his life because he doesn't like the smell.

England supporters will be downing pints of ale called 'Wembeerley' during the tournament, that has been brewed with an infusion of the hallowed turf from the famous stadium.

Rice won't be joining them – but admits he would be willing to break with tradition and raise a glass to the Three Lions should they go on to conquer Europe this summer.

Rice said: "Do you know what? To this day I have never had a beer and I am 22! That is the truth. Never had a pint. Don't drink it.

"I know it is off topic, but I have never had a beer. People get surprised. I just don’t like the smell of it so I have never gone near it.

Rice wants England to repeat the feel good factor that swept the nation back in 2018, when Gareth Southgate led his men to the World Cup semis in Russia.

The West Ham midfielder has urged Prime Minister Boris Johnson to push ahead with ending Covid-19 restrictions for good on June 21 – so people can be free to revel in the tournament and get right behind the Three Lions.

Rice added: "It's not something we've spoken about as players, but I think we know ourselves what the country has been through for the past year.

"We've been really lucky to be able to do what we've been doing and still put on a bit of entertainment, so I think for now, hopefully if Boris lifts the lockdown and the games are in full flow on the June 21, the nation will be buzzing.

"All the songs will be flying at the pubs and obviously we'll be playing, so we'll definitely feel the effects of the nation."