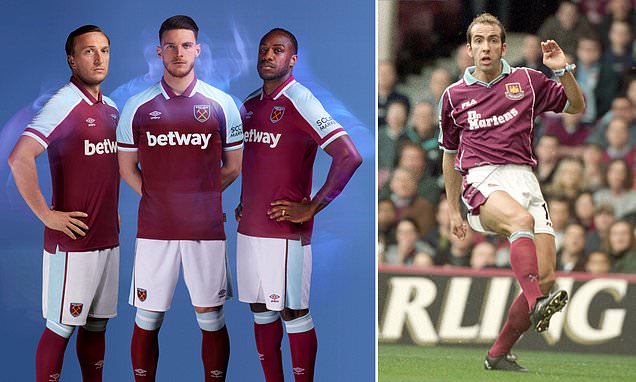 West Ham have unveiled their new home kit for the 2020-21 season which acts as a tribute to club legend Paolo Di Canio’s infamous volley against Wimbledon over 20 years ago.

The Hammers kit, with the club playing in their first ever Europa League group stage campaign this season, has striking blue sleeves with the body of the shirt fully claret – just like Di Canio and Co wore in the 1999-2000 campaign.

That season was a memorable one for Hammers fans in Europe, as Trevor Sinclair, Frank Lampard and Paulo Wanchope all scored away at Metz to win the Hammers the Intertoto Cup and seal a spot in the UEFA Cup. 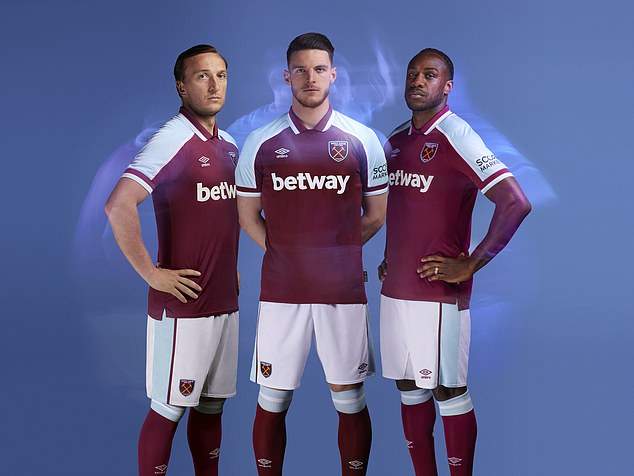 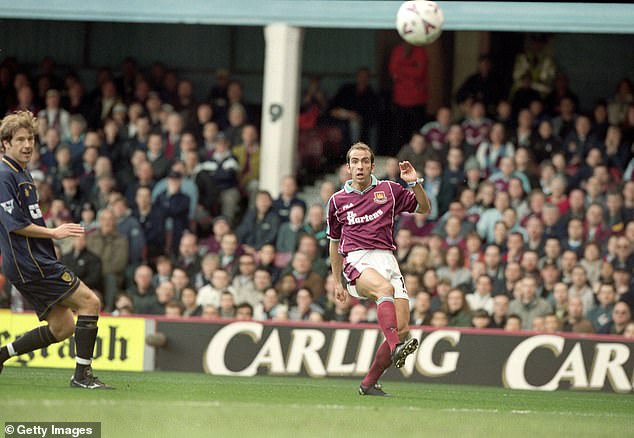 It was also the campaign where Italian striker scored a wonderful mid-air volley against Wimbledon which has gone down as one of the greatest Premier League goals of all time.

Declan Rice, Michail Antonio and Tomas Soucek were among the West Ham stars to pose in the new Umbro kit, along with club captain Mark Noble – who is taking part in his final season as a Hammers player before retiring.

The midfielder, who is nicknamed ‘Mr West Ham’ has been involved  with the club for 21 years after joining as a young teenager from Arsenal in 2000. 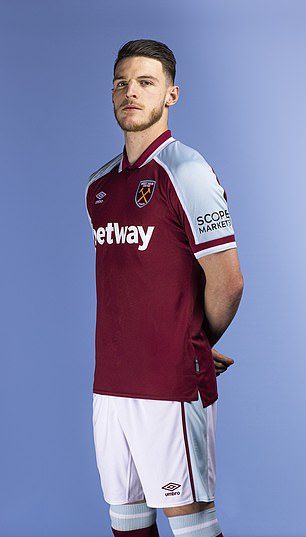 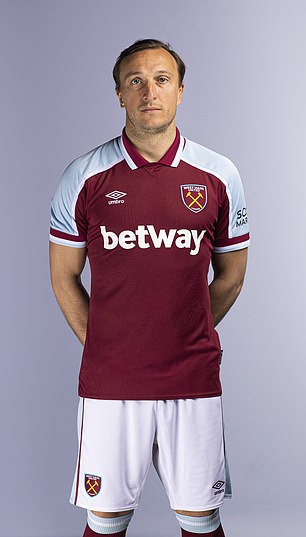 Since making his debut in the summer of 2004, the midfielder has gone on to make 527 appearances for the club.

Meanwhile, Rice was at the forefront of the kit launch despite being heavily linked with a move to Chelsea or Manchester United.

Reports on Wednesday claimed Rice has been offered a new contract by the Hammers in a bid to keep him at the club. 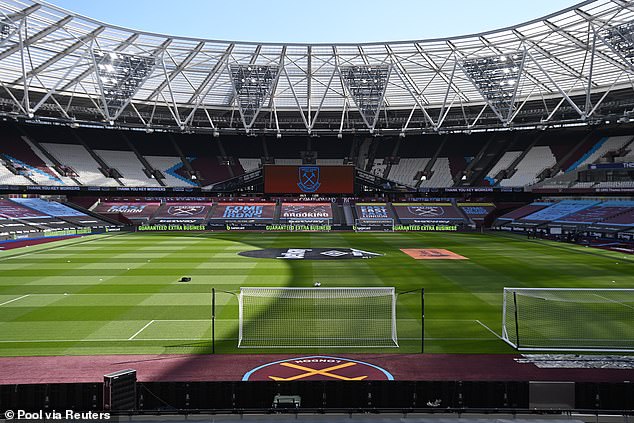 The midfielder enjoyed a positive Euro 2020 campaign with England where he started every match for Gareth Southgate’s side, who ended up losing to Italy in the final.

West Ham have been involved in Umbro since the 2015-16 season and announced a long-term extension to their kit sponsorship deal last summer, which was originally meant to expire at the end of the 2022-23 campaign.

David Moyes’ side will wear the jersey for the first time in the Premier League when they visit Newcastle on August 15.