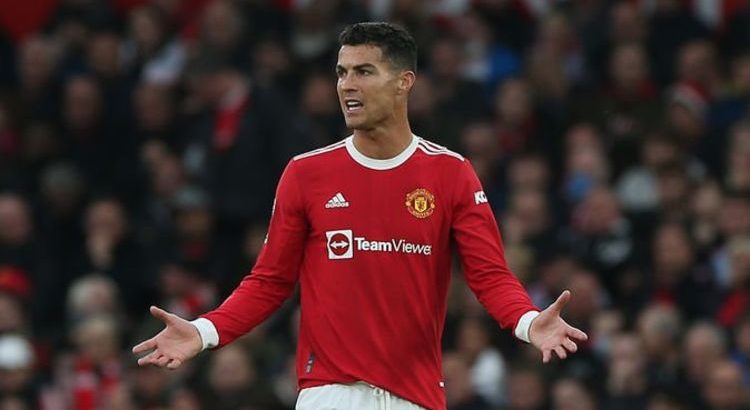 Manchester United superstar Cristiano Ronaldo is reportedly the key player holding the dressing room together amid intense pressure following a 5-0 thrashing at home to Liverpool on Sunday. Serious questions are being asked about the Red Devils after a woeful performance at Old Trafford, although boss Ole Gunnar Solskjaer looks as though he will be given an opportunity to turn things around.

The Portuguese looked to have salvaged a shred of dignity in the second half when his neat finish pulled a goal back, although it was soon chalked off for offside.

That compounded a truly miserable afternoon for the Red Devils in which Paul Pogba received a red card and the Old Trafford crowd voiced their anger at the display.

Still, Solskjaer remained defiant after the game and Ronaldo reportedly followed suit, rallying the troops in the dressing room.

According to the Manchester Evening News, the 36-year-old advised his team-mates to keep pushing hard under Solskjaer, regardless of what they thought about his tactics.

Indeed, ESPN reported this week that the dressing room was becoming divided with regard to the Norwegian’s team selection and approach to games.

His pressing tactics against Liverpool backfired horribly as the Reds sliced them open at will.

Former team-mate Gary Neville was critical of that aspect of United’s performance in particular, and Solskjaer will have to find a winning recipe quickly to avoid further sack speculation.

“But what stands out in my mind is their organisation around the press. Finding the trigger, not getting there half-hearted.

“[Manchester] City can press, Liverpool can press. Manchester United are kidding themselves today that they are a pressing team. They are all over the place.

“The manager and his coaching staff have to take the blame for the pressing game today.”

Ronaldo’s instruction to push hard until a change of manager is announced could be telling, with a number of high-profile suitors linked with the job this week.

Antonio Conte and Zinedine Zidane are two front-runners, while cracks beginning to show between Mauricio Pochettino and PSG have introduced the Argentine to the equation too.

With others eyeing up his job, Solskjaer must pull a performance out of somewhere against tough opposition in the coming two weeks.

Having the belief and hard work of the players would be a huge help in that regard, although it remains to be seen whether Ronaldo’s rallying cry has any effect.