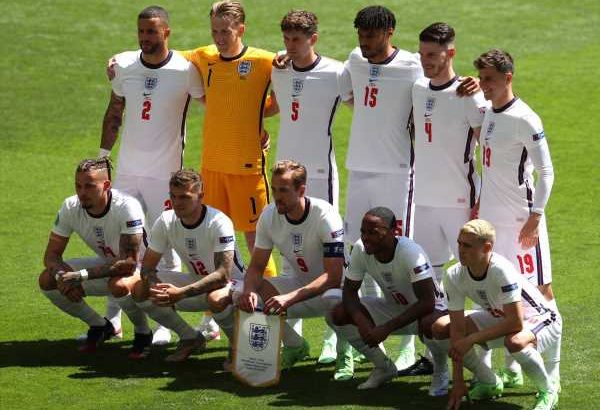 England head into the final game of Group D with qualification for the Euro 2020 knockout stages in their own hands.

Gareth Southgate’s side missed their first chance to rubber stamp a ticket to the last 16 with the draw with Scotland at Wembley on Friday night.

That leaves them in second place in Group D meaning they still have work to do when they play Czech Republic on Tuesday evening.

But what do they need to do? Well first let’s look at the tournament rules when it comes to qualification, which are slightly more complex than normal.

What are the group stage rules at Euro 2020?

With 24 teams at the tournament the process of determining the final 16 teams for the knockouts is slightly more complicated than normal. At a World Cup, where there are 32 teams, the equation is simple with the top two from each of the eight groups going through.

At the Euros the winners and runners-up in each of the six groups automatically qualify for the next round. Then the four best third-placed teams also make it through. The tie-breaker between teams on the same points is goal difference followed by head-to-head record.

What do England need to do to qualify?

Well, the simplest route would be by winning the game against the Czech Republic, a result which would see them vault Tuesday’s opponents and top the group and go through as winners.

A draw would also see them progress as the second-placed team in the group behind the Czechs.

A defeat would also be good enough if Scotland beat Croatia but fail to overhaul the goal difference gap between the two sides. England currently have +1 while Scotland are -2.

Croatia can also do the same but having lost to England in the first game would also need to improve their goal difference. Theirs is currently -1.

So who is next if and when England qualify?

If England beat the Czech Republic on Tuesday night they will win Group D. That’s the simple bit.

That would leave them to play the team that finishes second in Group F at Wembley at 5pm on Tuesday 29 June.

All four teams in Group F could still finish runners-up with Germany currently holding that position after their win over Portugal on Saturday.

World champions France top the group with four points from two games. Germany are second with three with Portugal also on three but third via head-to-head record. Hungary are bottom with one point.

Should both of the final group games go to form – Germany beat Hungary and France beat Portugal – then it will be the Germans who finish second and play England in the last 16.

A Portugal win over France could see them win the group or finish second, while a Hungarian victory over Germany coupled with a draw in the other game would see them be runners-up.

If France beat Portugal they will win the group, but should they slip up they could finish second leaving them as England’s next opponents.

If England draw with the Czech Republic they will in all likelihood finish second in the group behind Tuesday’s opponents.

That would then leave them on course to face the Group E winners in Copenhagen at 5pm on Monday 28 June.

Again all four teams in Group E could still win the group after Spain failed to beat Poland on Saturday night.

Sweden currently hold top spot and should they beat Poland in their final game, they will win the group.

If they slip up then Spain could win the group with a victory over Slovakia providing there is a large enough goal difference swing between the two. Sweden are currently +1 with Spain on zero.

There is still a possibility that England could finish third in Group D if they lose to the Czech Republic on Tuesday night.

A defeat would most likely still see them finish second. However, Scotland can leapfrog their oldest rivals with a win over Croatia and a big enough goal difference swing.

Should that scenario play out and England end the groups as one of the four best third-placed finishers more routes through the knockout stages open up depending on who goes through and which groups end with three qualifiers.

One would see England play the winners of Group C in Budapest at 5pm on Sunday 27 June with that likely to be the Netherlands as things stand ahead of Austria and Ukraine.

Another could see them head to Seville to play the winners of Group B at 8pm on Sunday 27 June. With one game remaining, Belgium need to just a point against Finland to top Group B with Russia also still mathematically able to overhaul them.

The other scenario could see England again play the winners of Group E, this time in Glasgow on Tuesday 29 June at 8pm. Ahead of the final round of games Sweden are currently top of Group E with Spain, Poland and Slovakia all in contention.