Why did Liverpool win the title last season? Talent, tactics and tenacity were all huge factors but the big difference between Jurgen Klopp’s team and every other side in the Premier League was balance. Liverpool had it, everyone else was lopsided.

Manchester City had arguably more ability, especially going forward, but left gaping holes behind the front line. Manchester United looked equipped to challenge. At least on paper. In reality they were often disjointed. Klopp’s champions were a coherent unit, unlike their rivals.

There are two aspects to the game: the glamour jobs and the dirty work. Great sides need players who are prepared to toil without recognition. Jordan Henderson and Georginio Wijnaldum have been the main dogsbodies for Klopp. Henderson was the object of criticism from the stands and the subject of online vitriol for most of his Liverpool career. He was unappreciated in the boardroom, too. This summer the captain has been on the receiving end of a sudden surge of love. His impact on the team has begun to be understood by his erstwhile detractors – although his leadership in the Premier League captains’ fundraising for the NHS during lockdown also played a part in enhancing his reputation.

Wijnaldum has now taken over the mantle of whipping boy, which is understandable as he prepares to leave Anfield. What is less easy to comprehend is that the rumblings about the Dutchman’s productivity from fans predates his flirtation with Barcelona. Now, with the aid of statistics, some of the weirder elements of the Liverpool fanbase seem determined to prove that the team won the Champions League and the title in consecutive years despite Wijnaldum, rather than accept his contribution to the successes.

This sort of thing is nothing new on Merseyside. It is easy to dismiss such behaviour as a byproduct of the modern, televisual game, where the camera condenses the action into the portion of the pitch occupied by the ball. Nothing could be further from the truth. The tendency of a section of the crowd to berate players who are not overtly hurting the opposition on a regular basis has a long tradition. There is plenty of evidence to undermine the cliché about supporters at Anfield being ‘very knowledgeable.’

Sammy Lee was one of the mainstays of the early 1980s sides. He was a local boy whose workrate never faltered and who committed himself to every role asked of him. That never stopped some on the Kop from getting on his back. Letters appeared in the local paper arguing for him to be dropped or sold. It was the closest thing to social media four decades ago. Ronnie Whelan received similar treatment in the second half of the decade. The Irishman began his career as a raiding, goalscoring left-sided midfielder but grew into a tempo-setting deep-lying pivot. He was a key figure in the side remembered for the brilliance of John Barnes and Peter Beardsley and played a crucial part in Liverpool’s previous title win 30 years ago.

There are more recent examples. The magnificent performances of Steven Gerrard, Xabi Alonso and Jamie Carragher’s in Istanbul in 2005 are etched in the memory. Dietmar Hamann’s influence on the game is often undervalued. The German came on after half time with Milan leading 3-0. Hamann denied room to Kaka and co and allowed Alonso to take the initiative in central areas. This freed up Gerrard to get forward, occupy Andrea Pirlo and generate the comeback. At 3-3, his efforts to shield the back four helped drag the team to the memorable, glorious penalty shootout.

‘Kaiser’ was not quick, nor flashy. He used space rather than speed to confound the opposition but he was effective. Nevertheless, throughout his Anfield career some in the stands derided him as a “crab,” believing his movement was poor and his passing was too often directed sideways.

This is not just a Liverpool phenomenon, nor even a simple case of fan myopia. The most famous illustration of this sort of logic was Eric Cantona’s dismissive description of Didier Deschamps as a “water carrier.” In terms of simple ability, Cantona was in a different class to his countryman. Deschamps had other qualities, though: tenacity, humility, boundless energy and game intelligence. 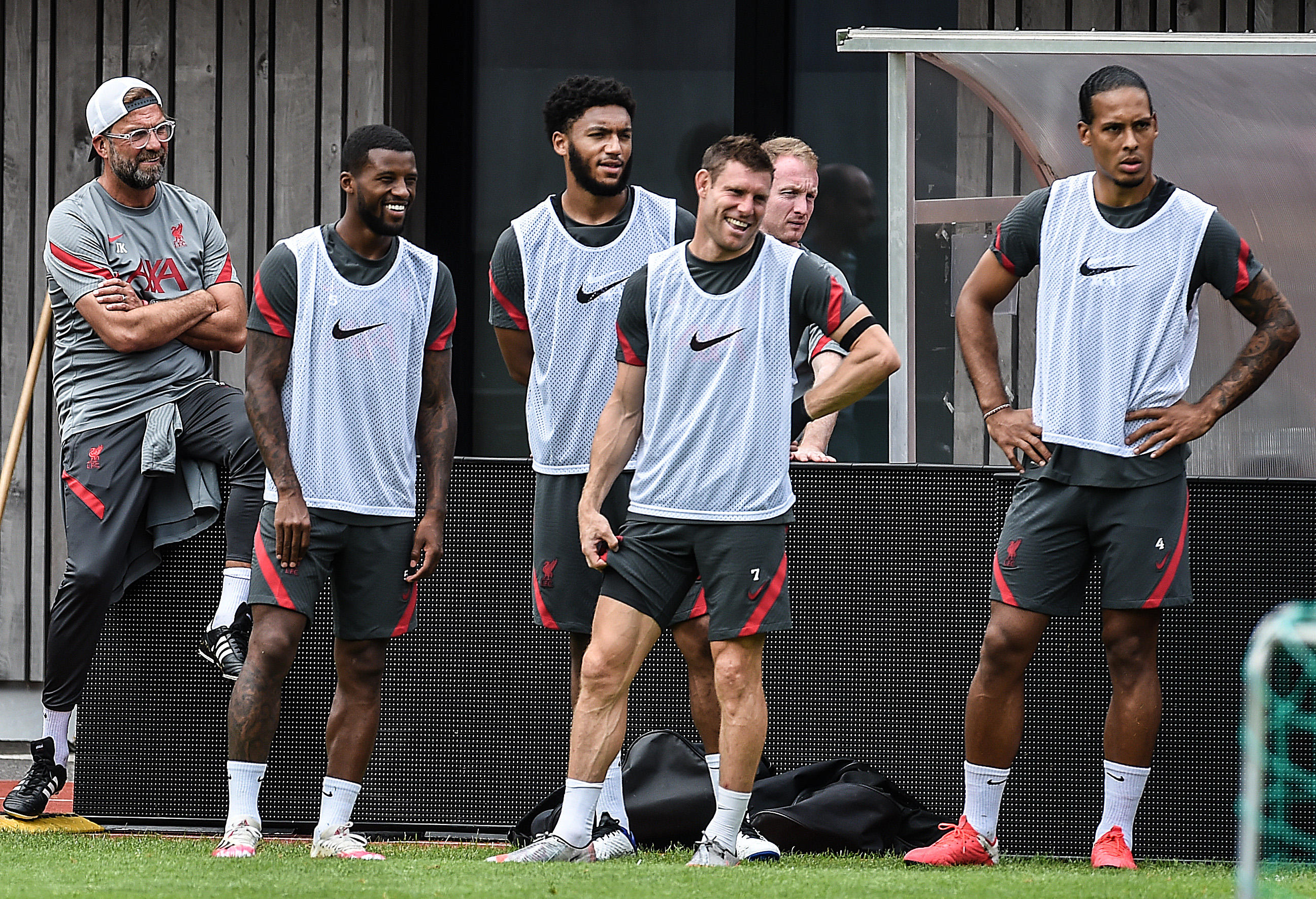 As France captain he carted l’eau for Zinedine Zidane and ended up lifting the World Cup and European Championship trophy – he also won two Champions Leagues with Marseille and Juventus. Cantona did not come anywhere near to matching this haul.

The United icon killed his own international career with his nine-month ban for jumping into the crowd and kicking a Crystal Palace fan at Selhurst Park in 1995. He did represent his country again: In Beach Soccer, leading France to victory in the five-a-side sport’s version of the Euros in 2004 and the World Cup the following year. Cantona is described on the game’s official website as “one of the most important figures of Beach Soccer’s history.” Perhaps the Sandman might regret bandying around derisive nicknames.

Deschamps was a master at creating an environment where his teammates could express themselves. Too much artistry can make a side unstable. Too little leaves them mundane. Klopp created an equilibrium that not only allowed the likes of Mohamed Salah and Sadio Mane to display their range of skills but transformed Andy Robertson – who might have been a workaday defensive drudge under a lesser manager – into a player whose impact far exceeds his raw talent.

Someone needs to do the heavy lifting to build the foundations of a dominant side. Klopp’s midfield willingly put in the thankless effort necessary. Retaining that balance is the key to Liverpool’s success in the months ahead.