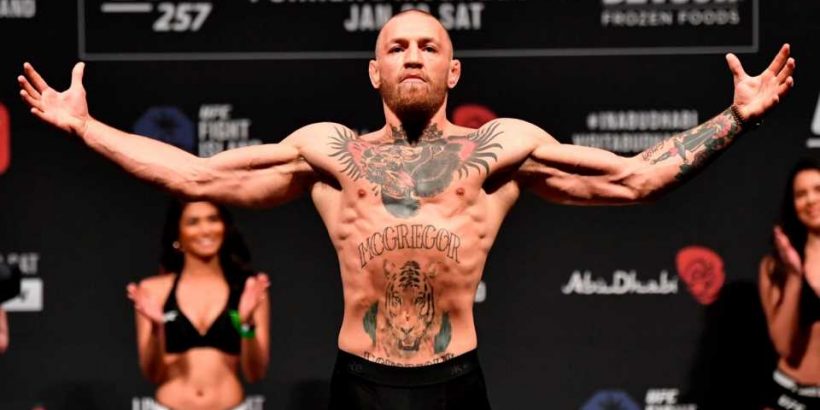 Conor McGregor shot to fame thanks to his loud-mouthed antics in the UFC, where he became a double champion in the featherweight and lightweight divisions.

His success inside the Octagon allowed him so much leverage that he was even able to switch disciplines to fight Floyd Mayweather in a boxing match in 2017, which earned him a lucrative payday.

McGregor has since branched out into the realm of business, launching a whiskey brand in 2018 before selling it for a reported $600 million in 2021, and he was listed on Forbes’ best-paid athletes in 2020.

The Irish fighter has recently expressed a desire to get involved with a number of soccer clubs, but which team does he actually support? Goal brings you all you need to know.

McGregor says that he is a dedicated Manchester United fan, having followed the Red Devils since childhood.

“I was more a player than a watcher back then, but Manchester United was my team,” McGregor told the Man Utd official website in early 2021.

“It was only the other day I came across an old picture of myself wearing that infamous grey United jersey, which I bought with my [First Holy] Communion money at eight years of age.

“I see my son when I look at that photo. I’d love to know where it is now. A truly ‘Notorious’ football jersey!”

He added: “Then they had the don of football at the helm, the legendary Sir Alex Ferguson. To have that much success over such a long period is remarkable and something I continue to aspire to.

As well as Manchester United, McGregor has also posted messages of admiration for Celtic, such as when he praised their supporters for a display in 2017.

Could Conor McGregor buy a club?

In 2021, McGregor revealed that he had begun discussions of acquiring shares in Scottish side Celtic, having previously expressed interest in Manchester United.

McGregor shed light on his plans during a Q&A with a fan on Twitter, after joking before that he could buy Manchester United following the controversial European Super League plans.

When a fan pressed him on his plans to buy the club, McGregor clarified his stance and stated that discussions with Celtic came first — but still felt that he could do “big things for a club” such as Man Utd.

“A conversation came up regarding Celtic first to be honest,” said McGregor.

“To acquire shares from Dermot Desmond. I am certainly interested in acquiring a sports team at some stage.

“Both Celtic and Man United are teams I like for sure. But I am open. I feel I could do big things for a club.”

Whether McGregor has serious plans to purchase Manchester United from the Glazer family is still unknown. Any such venture would require the MMA star to have billions available to invest.