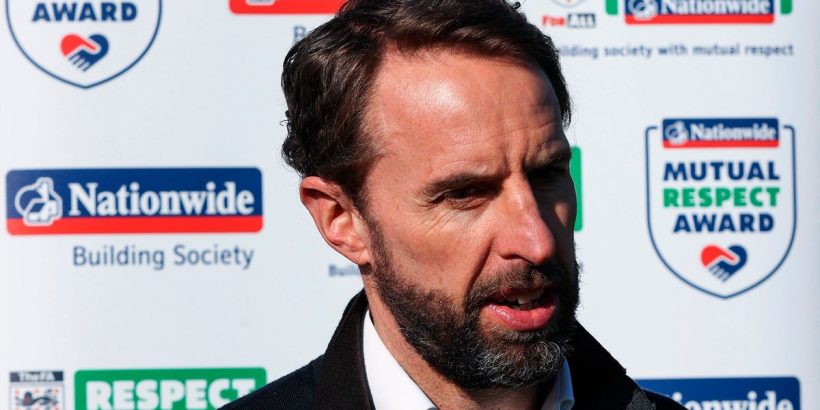 Euro 2020 starts in Rome on June 11 when Italy take on Turkey in a Group A clash.

England are one of the favourites to win the delayed tournament, aiming to reach the final at Wembley on Sunday, July 11 – but there’s plenty to come first.

A limited number of lucky spectators will be inside stadiums across Europe, with this special edition of the Championships taking place across the continent.

From announcement dates and fixtures to selection dilemmas, here’s everything you need to know about England’s Euro 2020 schedule.

When will England's Euro 2020 squad be announced?

Before any of us are in the pub to watch the first match, Gareth Southgate must select his 26-man squad for the initial training camp.

The squad will be announced at 1pm on Tuesday, May 25 .

The expanded 26-man roster doesn’t change the fact that only 23 players can be named for matches at Euro 2020, so Southgate will still have headaches during the tournament.

England were drawn into Group D back in November 2019.

All three matches will be played at Wembley Stadium and as first seeds, England are expected to top the group.

When are England's Euro 2020 matches?

England will open their campaign on Sunday, June 13 against familiar foes Croatia at 2pm, who they beat in vengeance at Wembley in 2019 to reach the Nations League finals.

The Three Lions will then face Scotland in what’s set to be a barnstorming match on Friday, June 18 at 8pm.

Finally, Southgate’s men will finish their group games against the Czech Republic on Tuesday, June 22 at 8pm.

If England were to win group D, then their run to the final would look like this:

A second-place finish would make the Three Lions’ knockout schedule look like this:

A shock third-place finish could also see Southgate and co through to play in either Budapest, Seville or make the short trip to Glasgow, but a set schedule won’t be decided until the group stages have finished.

In terms of the squad, England have the luxury of plenty of selection problems.

Sam Johnstone has impressed with relegated West Bromwich Albion this season and earned a call-up to the March camp, so he may well be in contention.

The main story of many at the back is whether Trent Alexander-Arnold will be on the plane (or, in this case, bus to the North East from St. George’s Park).

The Liverpool full-back was back to his attacking best at Old Trafford in the Redmen’s recent 4-2 win over Manchester United, earning an assist.

However, there remain reservations about the 22-year-old’s defensive ability – hence why he was controversially omitted in March.

Teammate Joe Gomez is unlikely to be fit, while Russia hero Harry Maguire is facing a race against time to be available following a recent ankle injury.

John Stones and Luke Shaw should make it in after resurgent seasons, while Wolverhampton Wanderers captain Conor Coady and Tottenham Hotspur’s Eric Dier are debated call-ups.

Tyrone Mings’ left foot could give him the edge of Michael Keane as they compete for selection at the heart of the rear guard.

Kyle Walker and Ben Chilwell might as well pack their bags now, while Reece James, Kieran Trippier and Bukayo Saka could offer wing-back cover if Southgate opts to return to the 3-5-2 formation.

Even AC Milan loanee Fikayo Tomori is making a late surge in Serie A to be selected against the odds, similarly to United defender Aaron-Wan Bissaka.

Blessed with a plethora of options when it comes to attacking midfield, whether Jesse Lingard comes along is the conversation on everyone’s lips.

The West Ham man has been sensational on loan since January, with Southgate handing him a full cap two months ago, as England beat San Marino, before appearances from the bench in wins over Albania and Poland.

Phil Foden and Jack Grealish are set for places, while Borussia Dortmund’s Jude Bellingham may benefit from the larger squad capacity, much like James Maddison.

In a more defensive sense, Declan Rice and Kalvin Phillips are expected to be in.

Mason Mount is almost a sure starter, while Southampton ’s James Ward-Prowse could be taken for his set-piece specialism.

Jordan Henderson missed the last three months of Liverpool's season with injury, so is also seeking a return to full fitness before next month.

Captain Harry Kane may be nailed on, but his back-ups certainly aren't.

With Dominic Calvert-Lewin likely to be included, Ollie Watkins and Callum Wilson are also vying for a spot.

Jadon Sancho has been back to his brilliant best for Dortmund lately – scoring twice in a DFB Pokal final victory – and he wll surely feature.

Marcus Rashford and Raheem Sterling are guaranteed inclusions, despite recent club performances not being up to their usual superb standards.

That’s unlike Mason Greenwood, whose good form might not be enough to see make a late dart into the 26.

Who would make your 26-man England squad? Let us know @MirrorFootball on Twitter.