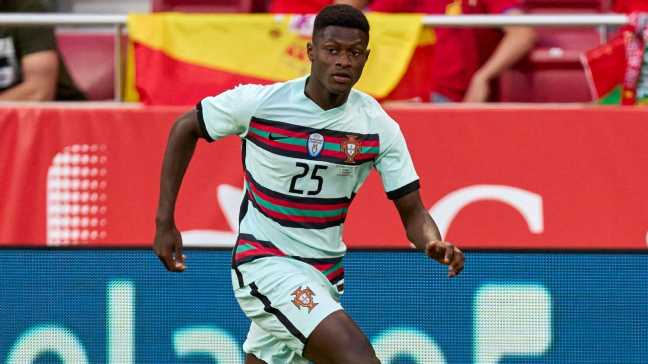 The delayed Euro 2020 starts on Friday (stream live games and replays on ESPN+ in the U.S.) and there’s plenty of talent on show among the 24 teams involved. Everyone already knows the likes of Kylian Mbappe (France), Phil Foden (England) and Joao Felix (Portugal), but who are some of the other young players to look out for? Norwegian football scout Tor-Kristian Karlsen examines some of the top prospects aged 23 or under.

Bastoni played a vital role in Inter’s Serie A title-winning campaign but is still relatively inexperienced at international level with only five caps to date. An intelligent centre-back, who can hit a precise long pass and rarely throws himself into tackles as he prefers to wait for his opponent to make the first move, Bastoni impressed in Antonio Conte’s back three for Inter, mainly playing on the left side of the trio. For Italy, the presence of captain Giorgio Chiellini (who is also left-footed) obviously makes it harder for Bastoni to claim a starting slot if they play a back four but he was given a chance in the friendly win over Bosnia and Herzegovina. However, given that Chiellini is 36, Bastoni won’t have to wait long to be promoted as his natural successor.

Drafted into the Portugal squad as a traditional left-back, he mainly operates as a wing-back at club level for title winners Sporting and will compete with Raphael Guerreiro for a place in the starting XI at Euro 2020. One of the most exciting young players in Europe, Mendes’ energy and stamina make him a threat throughout the game and he defends attentively and diligently while he’s a real menace going forward too. His ball progression in the transitional phase can especially hurt opponents and he is certain to be scouted by all the European powerhouses this summer.

The winger, who predominantly plays on the right, joins up with the Belgium squad off the back of an impressive debut season for Rennes in Ligue 1. His direct, unpredictable style sees him run at defenders (he averages eight dribbles per match, of which 60% are successful) and is extremely hard to read in one vs. one situations. Doku is very quick, has a great change of pace and can strike the ball cleanly too. A real crowd pleaser, he could have a big impact this summer off the bench.

Garcia has suddenly (some would say prematurely) emerged as the go-to man to resolve the defensive woes of both Spain and Barcelona — quite a daunting task for a 20-year-old with just 11 Premier League starts in his senior career to date. As a product of Barcelona’s La Masia academy, who spent the latter part of his formative years with Pep Guardiola at Manchester City before returning to Camp Nou on a free transfer this summer, Garcia is a centre-back with exceptionally good feet. With a passing accuracy well into the 90% range, he’s accustomed to building from the back, can evade pressure and knows how to start an attack. For all his capabilities on the ground, he also times his aerial challenges well.

The son of France legend Lilian Thuram, the 23-year-old is a versatile forward who can add value in attack, particularly down the left. He brings excellent aerial ability (useful in attacking and defensive set-pieces), directness in the last third and tends to speed up the tempo of the game as he plays with few touches. Though Thuram prefers to play wide left in the attack, he is comfortable in any role up front, including centre-forward.

A teenage sensation who’s already been involved in the first-team at Sparta for several years, he scored on his debut at the age of 16. His development has been positive and gradual, but since returning from an injury in the winter he has taken his game to another level with 11 goals in 12 league matches. Hlozek’s talent is no secret to the top European clubs and he’s been closely monitored for years, but an impressive showing this summer could mean a €20m+ move is on the cards. Physically strong, athletic and a natural goal scorer, he is capable of shooting well with either foot. As well as being an opportunist in the box, he’s also happy to have a go from long range.

A regular in the scouting reports of some of the elite European clubs, Koopmeiners is a dynamic, intelligent and combative defensive midfielder with the skill to hit accurate long balls as well as break lines with short, crisp passes. The left-footed Dutchman operates in the “quarterback” role made famous by Andrea Pirlo and can spot movements further up the pitch with his excellent vision. He has scored well into double figures for the past two seasons at AZ, though he does take penalties.

Despite his young age, Elmas has already accumulated 27 senior caps for his country and is comfortable playing either as an inverted winger or central attacking midfielder. A strong-running midfielder, capable with either foot, he’s skilled at making purposeful runs into the box and is a fine finisher when he gets on the end of crosses or picks up loose balls. He scored the winner in the famous 2-1 victory against Germany in March.

Mainly used as a centre-forward for PSV, he averages about a goal every other game in the Eredivisie, but Malen is expected to feature on the left wing for Netherlands this summer. A quick forward with razor-sharp movement inside the box, a powerful right-footed strike and the knack of finishing with one touch. Lively, active and a real handful for defenders regardless of position, his understated celebrations can make you think that he only scores consolation goals.

Despite only having played 20 league games at senior level, Zabarnyi has been fast-tracked through the Ukraine U21 side to emerge as the country’s top defensive prospect. The 6-foot-2 centre-back carries all the hallmarks of a modern defender: he’s calm in possession, often starts the attacks by finding a midfielder, deals well with aerial challenges and has enough agility to keep up when faced with quick opponents. He performed well during the last round of World Cup qualifiers in March and is expected to be heavily involved in Euro 2020 as well.