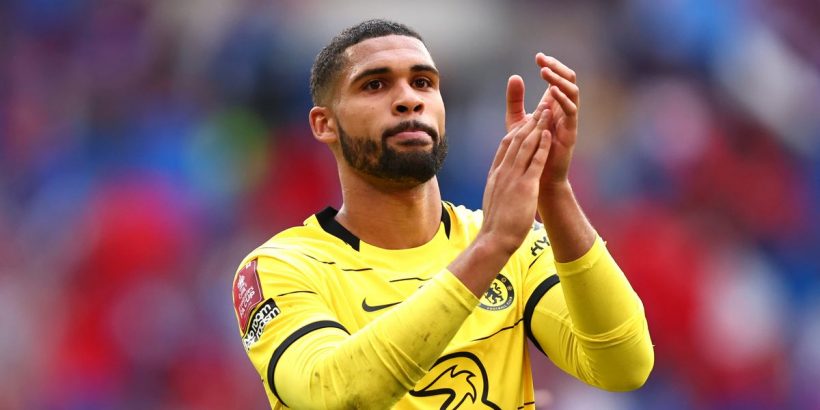 Fans were left confused when the teams emerged from the Wembley tunnel ahead of the FA Cup final.

Chelsea go toe-to-toe against Liverpool in what has already been an entertaining affair, but one thing has taken Blues fans by surprise. Despite being listed as the 'home' side for the fixture, and with no kit clash against the Reds, many were left scratching their heads when Chelsea emerged in a full yellow kit.

The west London side have history in the competition when wearing their yellow away strip, having lifted the cup after beating Everton in the 2009 final. Thomas Tuchel's side also wore yellow in this year's semi-final win over Crystal Palace to book their place in today's final.

The Blues boss also won the German version of the FA Cup while in charge of Borussia Dortmund, meaning he has previously had success in a final managing a team wearing yellow. Therefore, Tuchel will be hoping his superstitions pay off as his side battle it out against Liverpool under the arch, as the Mirror reports.

As per the statement released by the club when the away kit was unveiled last summer, the yellow shirt is a nod to the level of young, exciting talent within their ranks. "The pinstripe detail is a nod to kits of the past, but are refreshed by the alignment with black, representative of this new era of youthful energy taking over the club," the club claimed.

But many people were left confused by the decision to wear the away kit in the final, with sports reporter Adam Crafton Tweeting: "Why can't Chelsea play in blue?" One fan responded and said: "It looks so odd!" While another added: "Superstition apparently."

Will Chelsea win the FA Cup? Let us know in the comments section.

The FA Cup final is a chance for Chelsea to kickstart a new era at the club, by picking up their first piece of silverware without Roman Abramovich. Todd Boehly will be hoping he can get off to the perfect start in the hotseat, with Tuchel insisting February's Carabao Cup final defeat against today's opponents is now behind them.

"I don't care about their other titles," the Blues boss claimed before reflecting on their last meeting. "We lost, of course, the final. We gave everything in that final as you know, it was a big match that went until the very last penalty.

"Of course, we were unlucky and lost it. We want to turn things around. It will not give us the Carabao Cup title back but we are here and were here last season in the FA Cup final and that means an unbelievable lot to us. It's the FA Cup, the most prestigious, most traditional cup in the world and played at Wembley."