Like everyone else on the planet, Ante Milicic's 2020 would have turned out very differently were it not for COVID-19. For one, he would have been able to actually take the Matildas to the Tokyo Olympics.

Now in charge of A-League newcomers Macarthur FC, Milicic's approach to player recruitment would have also changed dramatically in a more normal world – and not for the better. 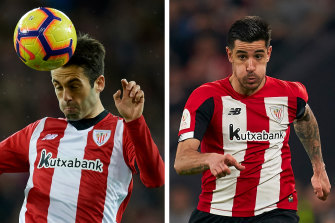 The pandemic has wreaked serious financial havoc on the Australian game, with the A-League's salary cap reduced by more than a third after a renegotiated broadcast deal with Fox Sports. Scores of players have since moved overseas for higher salaries and greater contract security, and fears have been rife that the days of top-class imports were finished.

But the Bulls’ double swoop on former Spanish internationals and long-time Athletic Bilbao teammates Benat Extebarria and Markel Susaeta – along with the calibre of some of the other names being linked to rival clubs – suggests that, in some ways, the coronavirus has actually helped the A-League.

It's not like it impacted football in Australia alone. Clubs throughout the world are suffering, broadcast deals are being slashed, salaries are being reduced, squad sizes are shrinking and coaches such as Milicic are being inundated with expressions of interest.

"I don't know how people get my number or my email," Milicic told the Herald.

When I ring Markel to speak to him on the phone … he's jogging with his face mask on. He's scared to pull it down to even talk to me.

"I can't physically watch them all on [scouting program] InStat. But every day I get a heap, and I'm sure every other A-League coach does, too."

One-time Manchester City, United and Liverpool target Benat, 33, and Bilbao icon Susaeta, 32, should probably be well out of the A-League's reach. With more than 600 games of La Liga experience between them, their decision to move to Macarthur is a serious coup not just for the club but the competition – even though that doesn't appear to have dawned on many supporters just yet.

Even Milicic admits it feels "too good to be true" when he sees their names on his whiteboard – although he does caution that while they are terrific signings on paper with potential to dominate the competition, the A-League is a unique beast, and not every foreign player adapts to it easily. 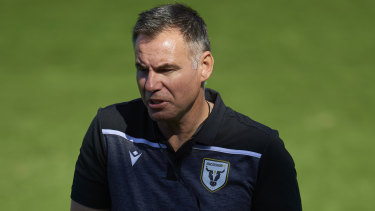 Macarthur FC coach Ante Milicic admits it feels “too good to be true” to have signed Beñat Extebarria and Markel Susaeta.Credit:Getty

But there's another COVID-related factor at play: how well Australia has handled the disease, in contrast with Europe in particular.

Benat and Susaeta have young families and were desperate to get out of Spain, which is in the grips of a deadly second wave and recording nearly 20,000 new cases a day.

When they arrive in Sydney later this month, they'll get to enjoy something approaching normality – which, to them, easily outweighed any extra money they might have earned elsewhere, probably while living in a hotel under strict protocols.

"The best way I can explain it is when I ring Markel to speak to him on the phone he's jogging with his face mask on," Milicic said. "He's scared to pull it down to even talk to me. It's lockdown. You can't get to a gym now. Cases going, winter's coming – where's the end line?

"Now you look at Australia – it's not hard to Google what's Sydney like, what's the [infection] rates like, the hospitals, everything. It's a full package."

The other part of the equation is nothing new and has helped lure big-name stars from Dwight Yorke to Alessandro Del Piero to the A-League: the Australian lifestyle, and the glamour of Sydney in particular, still has serious pulling power.

"I don't want to get into a debate about which city's the best, but Sydney's Sydney," Milicic said.

"Put it this way, on December 31st, when CNN shows all the countries around the world on New Year's Eve, they show Sydney. They don't show any other city from Australia.

"These players, when they want to come with their young families for lifestyle, to learn English … you want to come to Sydney."