Everton sacked Marco Silva on Thursday night after 18 months in charge at Goodison Park and the board have put former striker Duncan Ferguson in charge on a temporary basis while they search for a new manager.

However, according to the Mirror, Everton chief Farhad Moshiri had made the decision to part ways with the 42-year-old after the Toffees’ 2-0 home loss to Norwich on November 23.

The report claims Moshiri delayed in making the decision has they hadn’t identified an immediate suitable candidate to take over from Silva.

As a result the Portuguese coach was given two extra games to try and improve performances, while also giving the club more time to find a replacement.

However, a further two defeats, with a 2-1 loss to Leicester followed by a humiliating 5-2 loss at Anfield to Liverpool sealed Silva’s fate. 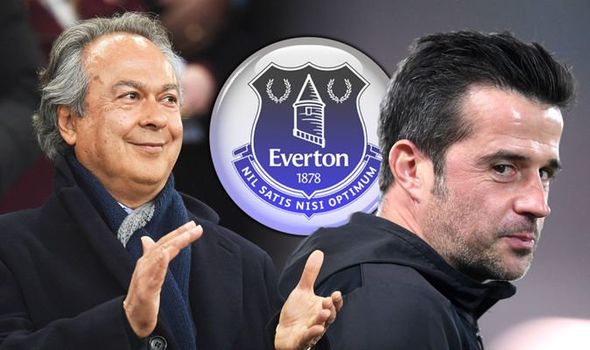 Everton currently sit 18th in the league table after only winning four matches from 15 games.

Following the decision to sack Silva, Everton released a statement, which said: “Everton Football Club can confirm that manager Marco Silva has left the club.

“Majority shareholder Farhad Moshiri, chairman Bill Kenwright and the board of directors would like to thank Marco for his service over the last 18 months and wish him well for the future.

“Duncan Ferguson has taken temporary charge of the first team and will manage the side for the game against Chelsea on Saturday.

“The club aims to confirm a new permanent manager as swiftly as possible.”

Everton are now searching for their fourth permanent boss since Roberto Martinez was sacked back in May 2016.

Former Everton manager David Moyes is rumoured to be on the club’s shortlist, although the suggestion of this appears to have not gone down well with the club’s supporters. 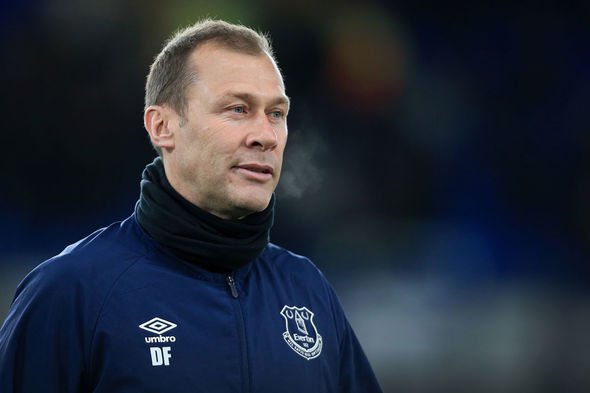 Many see the return of Moyes would signal a step backward, as the Scot has not been successful since leaving Goodison Park, with failed spells at Manchester United, Real Sociedad and Sunderland.

Although it has been hinted that if Moyes did return he would be joined by former Toffees hero Tim Cahill as his assistant.

Pereira was considered by the club as a replacement to Moyes back in 2013 but they decided to hire Martinez instead.

Pereira has had success at several different teams in a variety of leagues.

He won two league titles while in charge of Porto, as well as they league and cup double in his single season in charge of Olympiacos in Greece.

After having spells at Fenerbache and 1860 Munich he took over at Shanghai SIPG in 2017, where he has managed to win the the Chinese Super League and FA Super Cup.

However, while the club are still look to make a decision over who will be their next boss, it will be Ferguson who will be in charge when Everton host Chelsea for the lunchtime kick-off on Saturday.