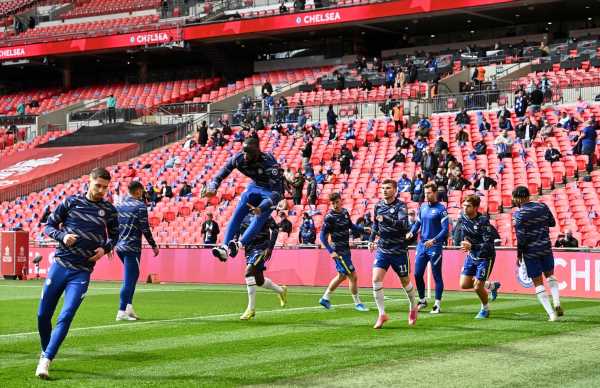 The centre-back hit the turf in the final minutes of the Champions League semi-final first leg with Real Madrid, which ended as a 1-1 draw in the Spanish capital, suffering a facial injury.

Rudiger collided with Luka Modric at the end of the game, which manager Thomas Tuchel described as “a little bone injury on the side of the face”.

Rudiger, who provided the assist for Christian Pulisic’s opener before Madrid equalised through Karim Benzema, was left out of the Blues’ squad for their next game – a 2-0 home win over Fulham in the Premier League.

Having received a protective face mask as part of his recovery from the injury, however, Rudiger was able to take part in training.

The Germany international was named in Tuchel starting XI for the return leg as Chelsea beat Real Madrid to reach the Champions League final, where Manchester City await following their semi-final victory over Paris Saint-Germain.