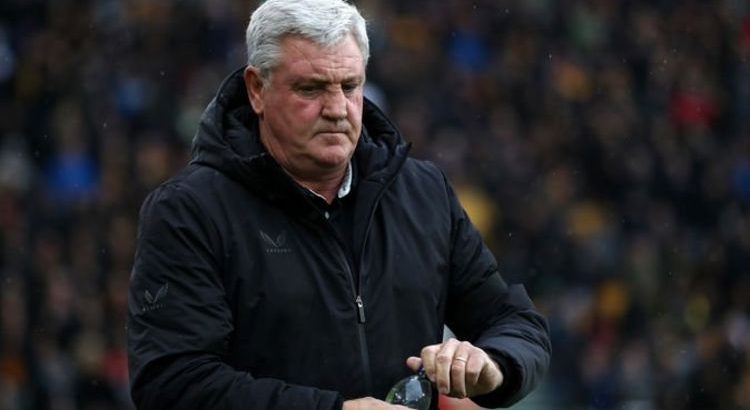 Steve Bruce is reportedly set to be sacked as Newcastle’s manager following the Magpies’ new takeover. But with the due diligence period in full swing, the owners are delaying their decision to sack the Newcastle-born manager.

Bruce, 60, has been at the helm for two years but he’s faced backlash from the fans, despite finishing 12th and 13th respectively.

But with just three points from a possible 21 in a relatively easy run of fixtures, fans are at the end of their tether with the three-time Premier League winner.

Antonio Conte, Brendan Rodgers and Roberto Martinez have all been linked with the job, although a move for either of the trio seems unlikely.

It is yet to be seen who Newcastle’s priority is to take over from Bruce.

And with nobody in close trajectory, it appears Bruce may be kept at the helm for the visit of Tottenham.

Fabrizio Romano reported that Bruce is set to face the media in a press conference tomorrow, although the Magpies still have no replacement lined up.

“There’s still no replacement – the board [are] working to appoint [a] new manager, but want to be 100% sure on the candidate before sacking Bruce.

“Talks will continue in the next hours/days.”

There have been reports of awkwardness at the training ground given that the players know Bruce is going to be sacked despite continuing to coach.

The Mirror says that fans are pressuring the consortium to sack Bruce so that there is no souring of atmosphere in the home game against Tottenham on Sunday.

Newcastle players have been boosted by the intrigue and excitement that airs around the club.

But that has also led to some uncertainty around the training ground with with Bruce expected to leave – despite the Newcastle-born manager still holding practice sessions.

Bruce is stuck on 999 games in management, but it is increasingly likely that he will reach the 1,000th milestone.