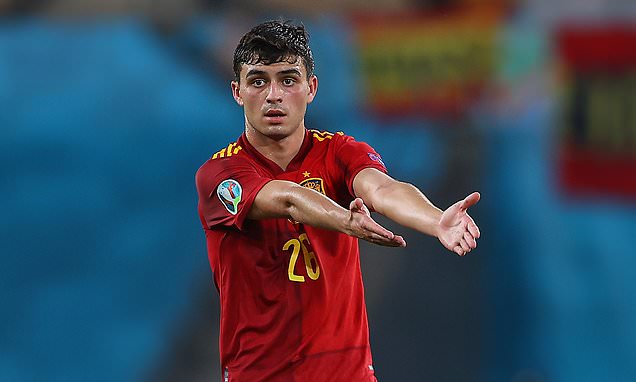 Spanish football fans who still pine for Xavi Hernandez and Andres Iniesta may finally be able to welcome their successor.

Like Xavi and Iniesta, Pedro Gonzalez Lopez – known universally as Pedri – plays for Barcelona. Like the great duo, he is small, technical and prodigiously gifted. So much so that, at the age of only 18, he was named in Luis Enrique’s starting XI for Spain’s opening Euro 2020 clash with Sweden.

Nobody who watched LaLiga regularly last season would have been surprised to see Pedri selected. In a very difficult period on and off the field for Barcelona, Pedri shone, making 53 appearances in his first campaign and winning the trust of Lionel Messi. 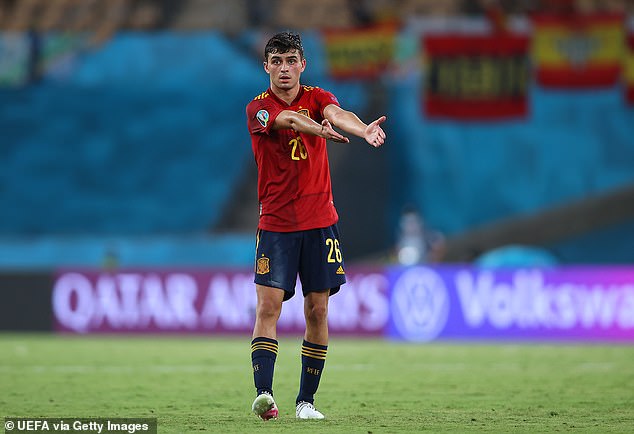 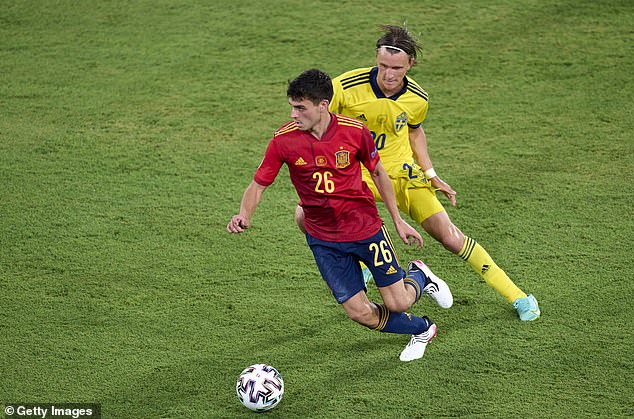 It was noticeable that when Messi had the ball in a tight spot, Pedri was often one of the first players he looked for. If the great Argentine rates you, then you must be doing something right.

Having moved from his native Tenerife to Las Palmas, Mallorca, before switching to Barcelona a year ago, Pedri is one of those players who makes the game look easy.

When he receives the ball, he usually moves it on quickly, often only over a short distance, but nearly always into an attacking position. If there is no positive pass available, he retains possession until there is one.

If there is the opportunity to go it alone, Pedri can do that, too. Though he is still a young man with plenty still to happen in his life and his career, the prospects look extremely bright. 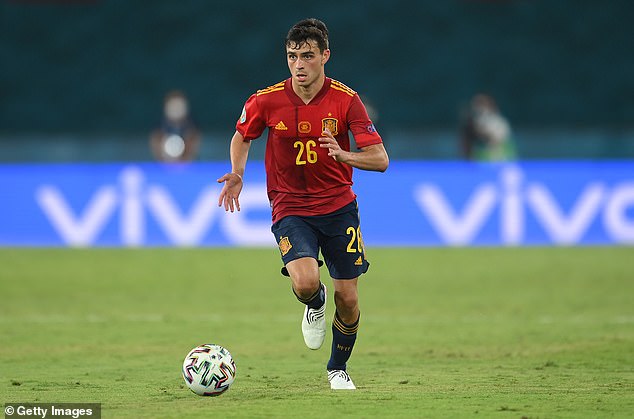 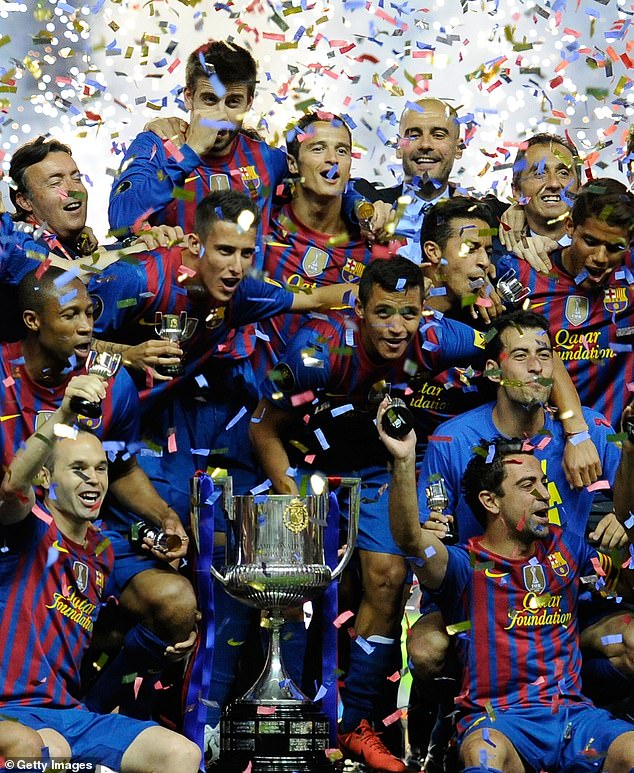 Like Iniesta (front left) and Xavi (front right), Pedri is honing his craft in midfield for Barcelona

Pedri is one of the lucky few to progress to the senior team but last week’s friendly win over Lithuania – when Spain were forced to field their Under-21 side because the full squad were in Covid isolation – proved there is plenty more talent waiting for a chance.

That is why former Arsenal and Chelsea midfielder Cesc Fabregas, part of the all-conquering team who won two European Championships and a World Cup between 2008-12, is optimistic, even though Spain are not one of the favourites this summer.

‘I am a positive thinker,’ Fabregas said. ‘I believe things can happen, especially what happened to us in 2008 when nobody really believed in us and we made it happen with a lot of changes, new faces and young players. I believe there is a lot of similarities in this team as well.’

With players like Pedri on the scene, Fabregas and his countrymen have every reason to be hopeful. 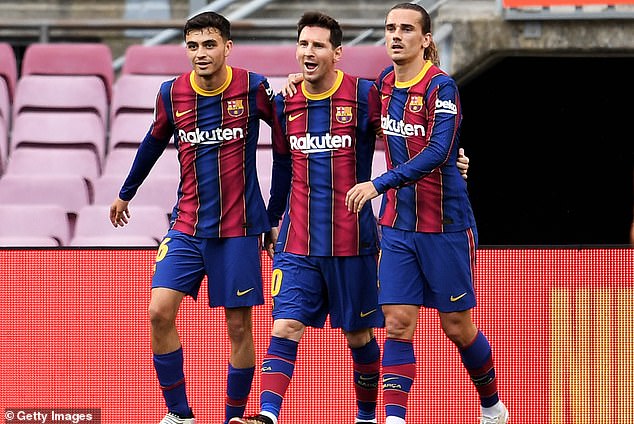