Wolves are finally about to make their mark in the January transfer window as the club close in on three signings. The club are hopeful of concluding deals for Daniel Podence and Nelson Oliveira, while Leonardo Campana is on the brink of completing a switch to Molineux.

Nuno Espirito Santo is hoping to agree a fee in the region of £21m with Olympiacos for Podence.

The 24-year-old caught they eye in the Champions League group stages this season, most notably in the 2-2 draw with Tottenham in September in which he scored and tormented the Spurs defence.

Podence can play in any position across the front three and there is hope that he will provide stern competition for Diogo Jota and Adama Traore should the deal be completed.

So far the clubs are yet to reach an agreement but talks are ongoing for the winger who has scored three times in the Greek Super League this season. 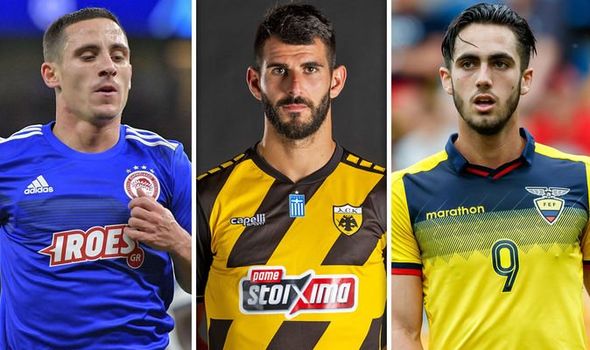 The 24-year-old moved to the Piraeus-based outfit in 2018 after his contract with Sporting – where he played with Wolves’ goalkeeper Rui Patricio – was terminated after a training ground incident involving a fan protest.

He has represented Portugal at every level from Under-16s but is yet to make his senior debut despite receiving a call-up from Fernando Santos in August last year.

The signing of Podence is likely to end all hope of landing Dani Olmo or Thomas Lemar this month. 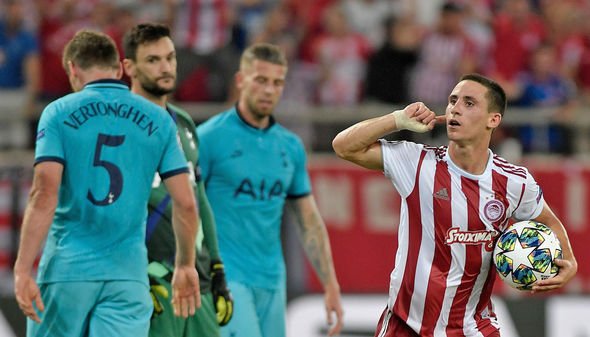 Olmo is set to leave Dinamo Zagreb before the winter deadline with Wolves said to be rivalling AC Milan and RB Leipzig for his signature.

Meanwhile there was confidence that Mendes, who is known as The Godfather in the Black Country, could help them pull off a loan deal for World Cup winner Lemar.

Atletico Madrid are keen on offloading the Frenchman this month to fund a move for a striker, having made Edinson Cavani their top target.

Yet Wolves now look to be prioritising Podence after tabling a formal offer and he may not be the only player added to the club’s Portuguese contingent this month.

Talks have also taken place with AEK Athens over the potential signing of Nelson Oliveira.

The 28-year-old is no stranger to English football having enjoyed spells with Nottingham Forest, Norwich and Reading.

He is now plying his trade in Greece following his release in East Anglia at the end of last season, he has fired an impressive nine goals in 15 league matches this term.

Nuno is keen on bringing in a deputy to provide support for Raul Jimenez and there is confidence that Oliveira could be the man to do just that.

Oliveira is a forward that Wolves have looked at in the past during his time at Carrow Road, where he proved very popular amongst supporters. 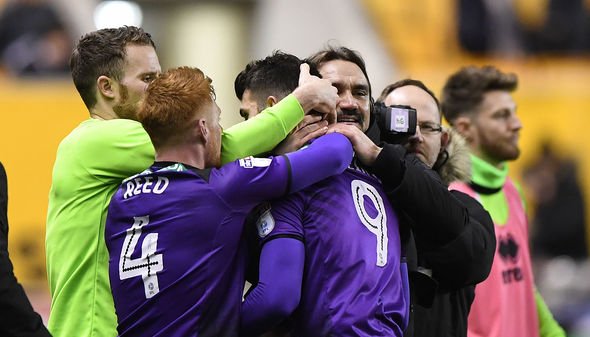 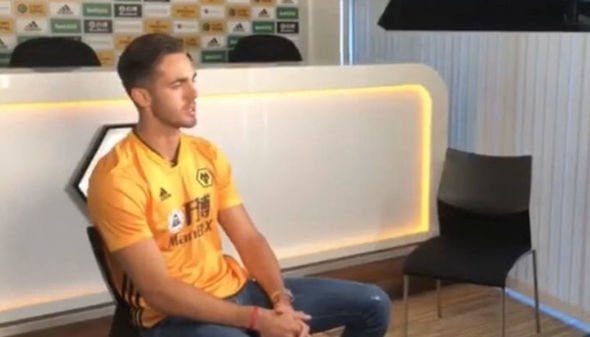 The club are closing to wrapping up a deal to sign Leonardo Campana from Barcelona S.C.

Campana caught the club’s eye after scoring six goals in nine matches at the South American U-20 Championship with Ecuador, who went onto win the competition.

He was snapped conducting his first interview as a Wolves player on Monday.

The deal is expected to be announced once his work-permit has been granted and he will join up with the Wolves U-23 squad, where he will look to try and earn first-team opportunities.