Wolves will have history on their side when they face Torino in the first leg of Thursday night’s key Europa League play-off.

On the club’s only other European trip to Turin, the Midlands club held mighty Juventus to a 1-1 draw in the quarter-finals of the 1972 UEFA Cup and then finished off the job by beating the Italian giants 2-1 at Molineux in the second leg with legendary forward Derek Doogan nabbing the winner.

‘I’m sure Nuno Espirito Santo would settle for the same scorelines again,’ says Jim McCalliog, the Wolves goalscorer in Turin. 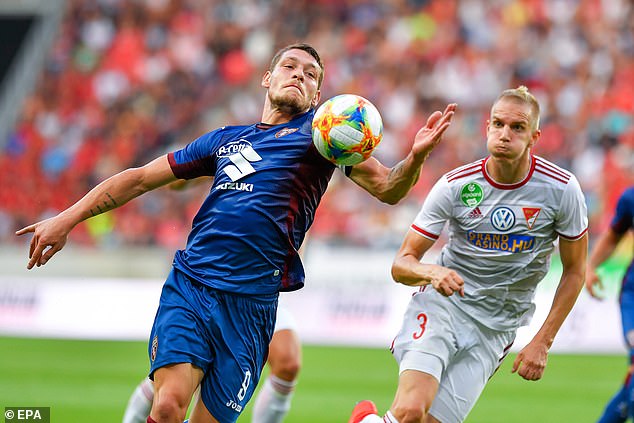 ‘Juventus had a great team then with Fabio Capello and the World Cup striker Pietro Anastasi. They finished Italian champions that season but our manager Bill McGarry had a secret weapon.

‘When we turned up to the airport to fly out, we found out he was bringing the great John Charles with us. John had been an absolute hero in Italy for Juventus and when we arrived people mobbed him and chanted “Charlo, Charlo”.

‘He got a bigger roar when he came out with us than the Juventus players. It really gave us a lift and I have to say my goal wasn’t bad either. A corner was half-cleared and managed to crack it in from 22 yards.’

This two-legged tie with the winners qualifying for the Europa League group stages promises to be equally close.

Torino finished seventh in Serie A last season, as Wolves did in the Premier League, and star striker Andrea Belotti is back in form two years after being heavily linked with Manchester United, Chelsea and Arsenal.

Belotti, 25, has already scored four goals in four Europa games this season with the domestic league campaign yet to start. His strike partner could be ex-West Ham forward Simone Zaza whose fortunes have revived after a poor spell in east London. 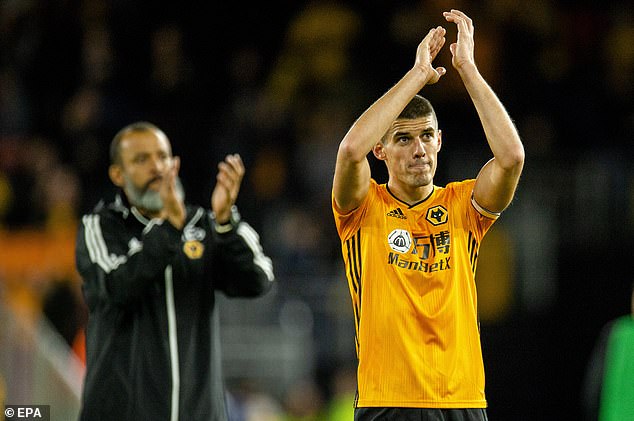 Santo will have to work out which of his Wolves players can go again after a tough draw against Manchester United on Monday night.

Skipper Conor Coady said: ‘The Europa League is a competition we’re loving being part of. We are going to different places, experiencing playing in different environments and we’re only going to improve as players as a result…’

Even so, Torino will be a step up for Wolves who have so far got past opponents from Northern Ireland and Armenia without conceding a goal. In 1972, Wolves reached the UEFA final where they were defeated by Tottenham Hotspur.