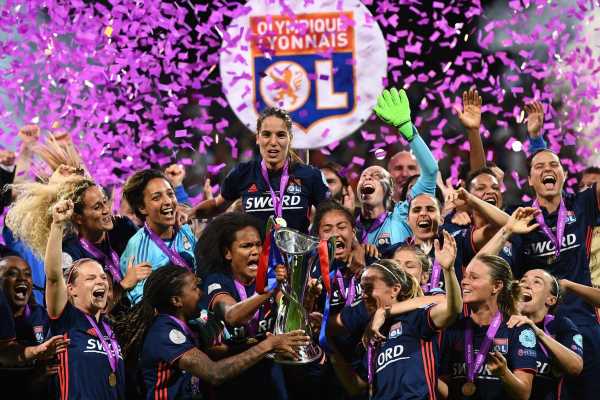 DAZN has won exclusive rights to broadcast the Women’s Champions League from next season, as Uefa launches a major revamp of the competition. The tournament will be shown live on the sports streaming service and it is understood matches will also be streamed free on DAZN’s YouTube channel for the next two years.

The Women’s Champions League will adopt a new format next season with a 16-team group stage before knockout rounds, complete with its own new tournament anthem. As part of the revamp Uefa decided to centralise the sale of broadcast rights, having previously required the home club in each match to sell rights individually up until the final, meaning some games could only be watched via club websites or social media channels and sometimes not at all.

It is unclear how much DAZN has paid for the broadcasting rights, but Uefa has introduced a bumper financial package to go with the new-look tournament in which £20m will be distributed to clubs across Europe, more than four times this season’s figure, in a significant boost for the women’s game.

BT Sport has shown games during this season’s tournament and will broadcast Sunday’s final between Chelsea and Barcelona, which is also free to air on YouTube as part of a Uefa stipulation in the deal. BT has recently put a significant stake of BT Sport up for sale as it looks to raise capital for its fibre broadband expansion. The company has made public its plan to step back from aggressive bidding wars for high-end rights like the Premier League in the future.

DAZN already shows the Women’s Champions League around the world but the UK is one of the few countries in which it did not own the rights. The British based company has grown quickly since its foundation in 2015, broadcasting an array of different sports with a particular focus on boxing. The service is available for £1.99 per month and can be accessed via smart TV, games consoles, laptop, tablet and mobile.