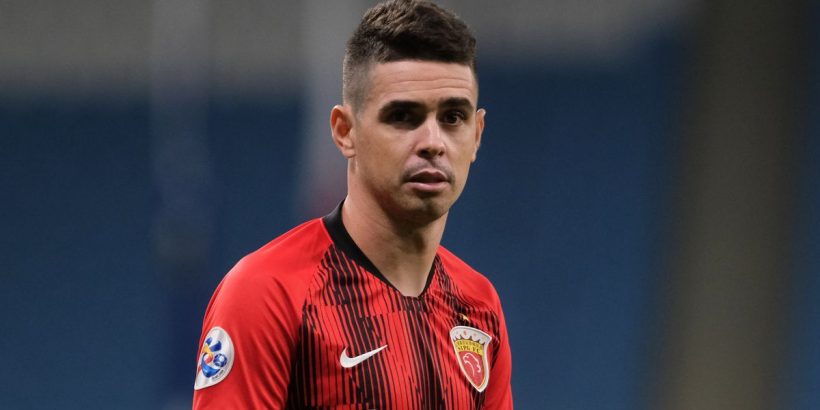 Oscar is reportedly set to ditch his position among football's elite earners should he leave China for Barcelona.

The former Chelsea midfielder is reportedly keen to join the La Liga giants, even though that would mean his current weekly wage of more than £500k would dramatically decrease.

He is currently sitting pretty in the world's top 10 highest-paid players thanks to his deal with Shanghai Port, but Barca won't be able to offer him anywhere near that figure.

They already have one player on the list, while stars from Real Madrid, Manchester United, Manchester City and Paris Saint-Germain also feature.

Using data from Marca and Salary Sport, Daily Star Sport is taking a look at the ten highest earners…

United's shot stopper De Gea has been with the club for over a decade now, so has managed to work up his way up the pay scale.

His bumper contract makes him the highest paid goalkeeper in the world, something which he has largely vindicated on the pitch during his Old Trafford tenure.

Who should get a pay rise and a pay cut? Let us know in the comments section.

Aston Villa new boy Coutinho is one of many stars who Barca have chucked money at in recent years and are now deeply regretting it.

His deal expires in the summer, but they are still contributing to his near £400k-a-week wages while he makes his Premier League return.

Oscar's former Blues team-mate Hazard has cost Real an eye-watering amount with a £100m transfer fee in 2019 and a mega pay packet.

They not received anywhere near what they were expecting from the Belgian superstar as injuries have cursed his time in La Liga so far.

City's top earner makes the list and rightly so, because only the odd spell on the sidelines can stop the midfield magician tearing opponents apart.

In fact, De Bruyne's 2021 contract extension made him the highest-paid player in the whole of the Prem, until the arrival of…

The Red Devils legend may have fallen down the list by leaving Juventus, but he still sits sixth overall thanks to the deal he signed last summer.

While he has the same basic wage as De Bruyne, Ronaldo will be earning many millions more each year from his unrivalled sponsorship deals.

PSG are one of the largest financial superpowers in world football today, and the fact that Mbappe is earning more than £400k each week aged just 23 proves that.

Of course, that contract is expiring at the end of the season, when the Frenchman looks set to sign yet another ludicrous deal with Real.

It looks to be one-in, one-out at the Santiago Bernabeu in the next transfer window because Bale will be leaving when his deal is up.

Real will be thankful, because Bale has been earning way over the £500k mark while spending large periods of this season sidelined with various problems.

Oscar is without a doubt the biggest beneficiary of the Chinese Super League's crazy cash injection in the mid to late 2010s.

He was initially on £400k-a-week after his £60m move in 2016, but a contract extension two years later saw his weekly wages increase to £563k, though that has since dropped slightly.

As the most expensive footballer in the history of the beautiful game, of course Neymar features in the upper echelon of this list.

The Brazilian forward is compensated heavily for his flicks and tricks by PSG, with more than £600k deposited into his bank each week.

Messi was willing to take a 50% pay cut to stay at Barcelona but instead ended up with a gigantic pay rise when he joined PSG.

The seven-time Ballon d'Or winner is by far and away the highest-earning footballer on the planet.

His form so far in Ligue 1 has been underwhelming, but he has dazzled in the Champions League.