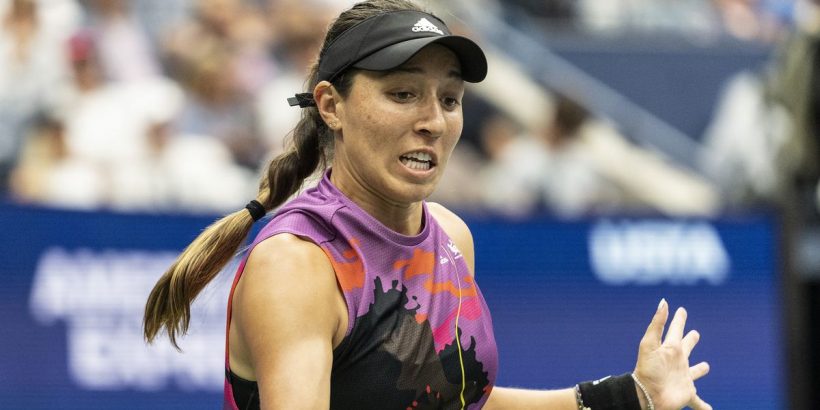 The world’s richest tennis player Jessica Pegula is still in the Australian Open despite crashing out of the singles quarter-finals at the hands of Victoria Azarenka.

Two-time Aussie Open winner Azarenka defeated Pegula who's worth a whopping £5.4billion, 6-4, 6-1, on Tuesday. But the American’s time Down Under isn’t over yet as she still holds a spot in the doubles alongside compatriot Coco Gauff.

The Americans are into the semi-finals after defeat Taiwanese star Chan Hao-ching and China's Yang Zhaoxuan 6-1, 6-1 on Wednesday. They will now face Ena Shibahara and Shuko Aoyama on Friday for a spot in thhe final. And despite her crushing loss to Azarenka, the uber-wealthy Pegula has her sights firmly set on the ensuing doubles match.

ALSO READ: Meet the world's richest tennis player who is billionaire worth 10 times more than Messi

Speaking after the singles defeat earlier in the week, Pegula told reporters: "I think it actually helps that I'm playing doubles tomorrow because I don't have so much time to sulk around and kind of be in my feelings. I saw I'll play third match tomorrow so I've got to go get racquets strung, book practice courts, figure out what time I'm going warm up.

Will Peluga and Gauff be able to win the doubles title at the Aussie Open? Let us know in the comments section

"I'll be back here probably by noon. A quick turnaround." Pegula will also find comfort in the depths of her vast wealth that flows into the billions.

The 28-year-old's fortune derives from her mega-rich parents Kim and Terry Pegula, who own NFL side, the Buffalo Bills. They amassed a huge chunk of their wealth from their natural gas company which they sold in 2010.

And the power couple used the proceeds of that deal to purchase the Bills in 2014 for $1.4billion in cash, making Kim the first woman to own an NFL franchise. And because of her privileged background, Jessica feels her accomplishments in tennis get overlooked, although she's nonplussed about it as her story's still "cool."

She said to The Guardian: "I think people definitely root more for the underdog, and so I’ve never really felt like people are totally rooting for my story. I don’t mean that in a bad way.

"It’s just like, that’s what I feel. And I don’t care – it doesn’t affect me and that’s fine. I understand and I think I’ve gotten better at maybe trying to bridge the gap of more of, OK, it might not be an underdog story, but it’s kind of a cool story. A fun story.”