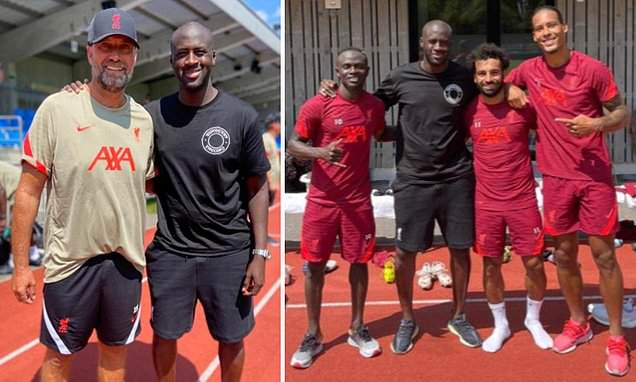 Liverpool fans were left rubbing their eyes in disbelief this week after the club released the latest lot of photos from the pre-season training camp with Manchester City legend Yaya Toure in the background.

Toure could be seen watching on as the Liverpool senior stars were put through their paces in the baking hot sunshine, with an idyllic backdrop of a nearby Saalfelden mountain range.

It has transpired that Toure was actually a special guest of close friend Sadio Mane, who had invited his fellow African star to come and get a first-hand look at how Liverpool operate. 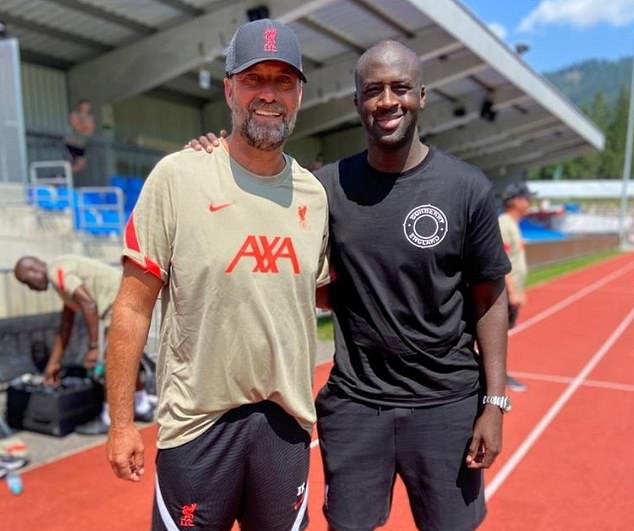 Toure has now entered the world of football coaching with Russian outfit FC Akhmat Grozny and has aspirations of one day becoming a manager.

The player himself also has loose links with the club, given his brother Kolo formerly played for the club under former boss Brendan Rodgers and briefly under Klopp.

Mane explained to Liverpoolfc.com: ‘I said, “Yaya, do you think it is the best idea to come to watch our training?!” He said, “My friend, I’m coming there! Just ask your boss!” 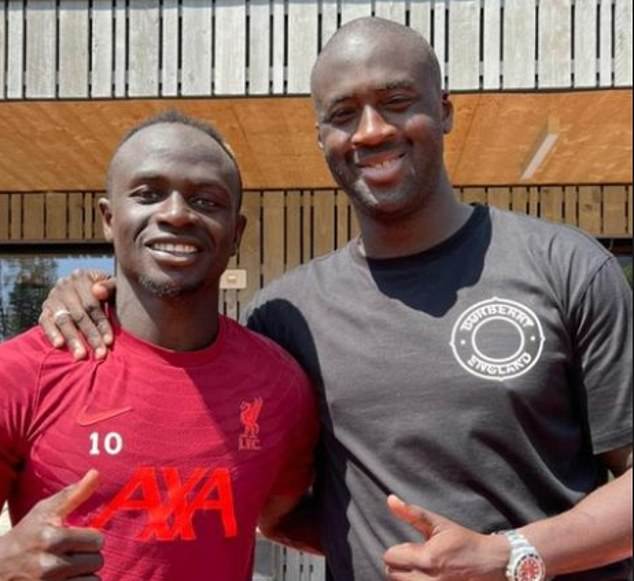 Toure asked Sadio Mane if he could come along, in order to gain valuable coaching insight 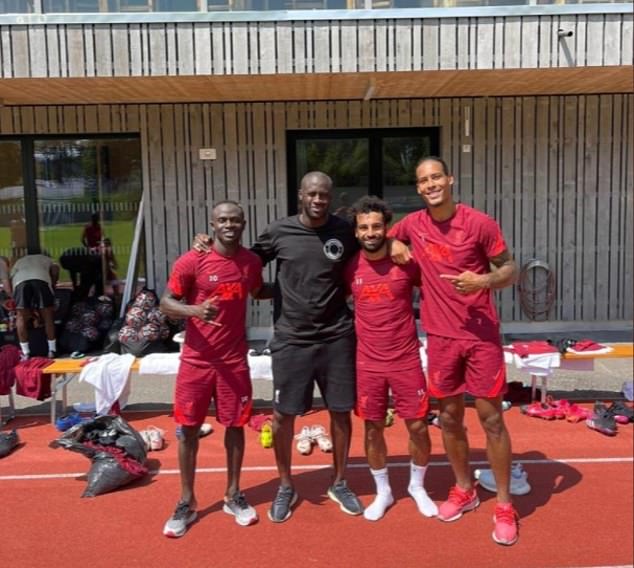 ‘He is a very, very good guy and I have known him since 2004. He’s a good friend of mine so we always keep in touch and when he asked me if I can ask the boss whether he can come to watch training I said, “With pleasure” and I think the boss was happy to have Yaya with us today to watch training and learn something because I wish him all the best.

‘He wants to be a manager in the future and all the boys were happy to see him, to have a quick conversation with him and have a little bit of a talk about City and Liverpool. It was nice to meet him again.’ 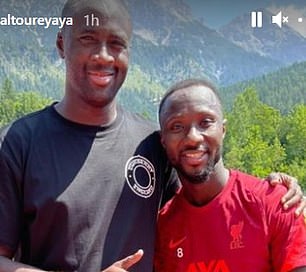 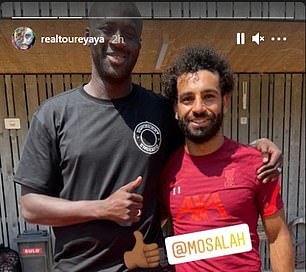 Naby Keita was quick to get a snap with Toure, as was Egypt star Mohamed Salah 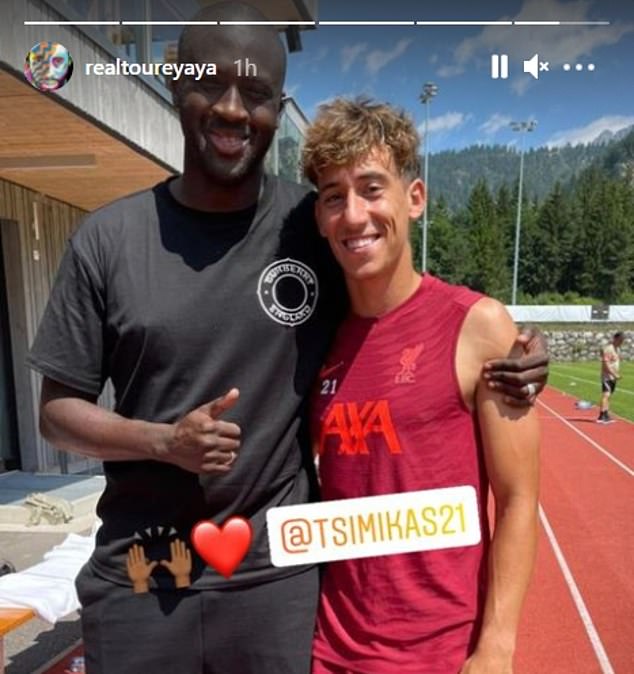 The Reds have already got their pre-season campaign under way, having faced both Wacker Innsbruck and Stuttgart in two short-sided matches on Wednesday.

Both games ended in a 1-1 draw, with Mane himself getting on the score sheet.