Yet another England embarrassment! Danny Ings and Kieran Tripper smash into each others’ heads in training… but both players are given the OK to face Denmark tonight

Gareth Southgate was given more cause for concern 24 hours before England were due to play Denmark on Tuesday when Danny Ings and Kieran Trippier clashed in training.

Ings and Trippier bashed heads after colliding when taking part in a routine training drill.

Both required medical attention as midfielders Mason Mount and Kalvin Phillips also checked on them. 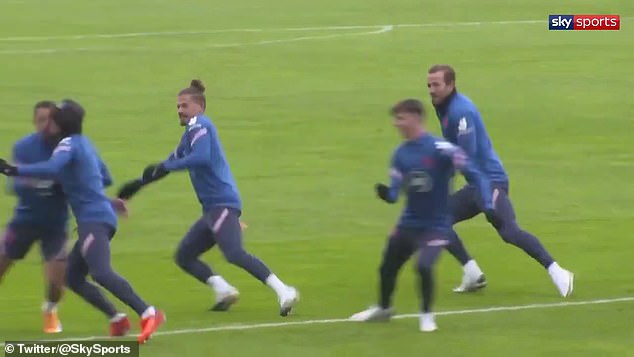 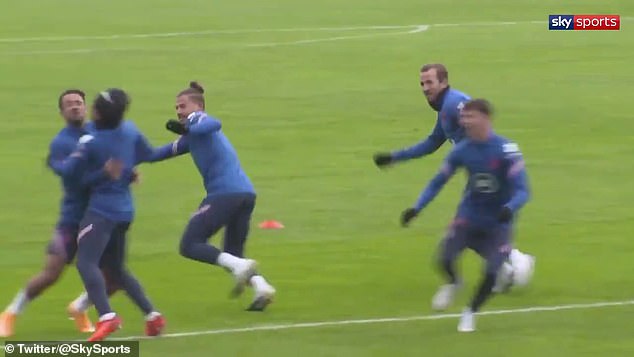 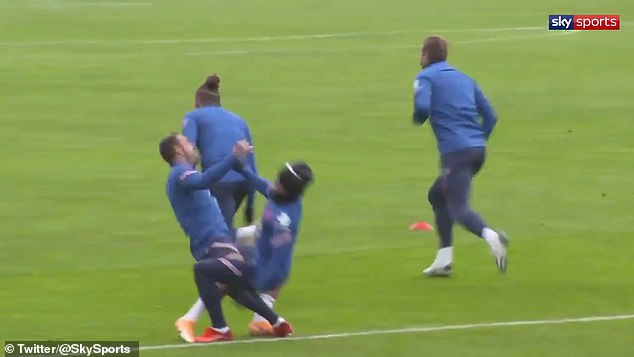 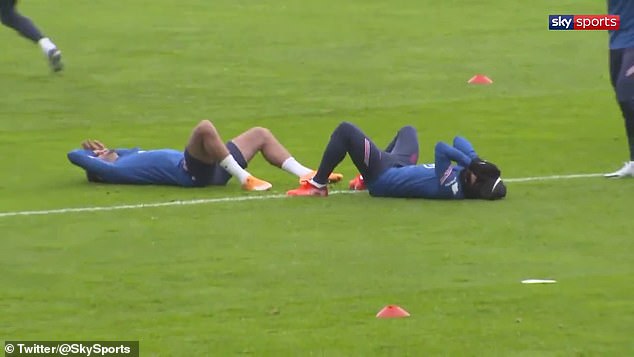 But while they needed a couple of minutes to compose themselves, both got back to their feet to continue the session and they are also fit to play in England’s Nations League game in Copenhagen.

Confirmation of them being fit to start didn’t stop some on Twitter suggesting they would be better off not bothering.

Bart Hobson tweeted: ‘I’m going to suggest that they don’t play tonight, not our of fear for their safety, but because of their lack of self awareness!’

‘Oh please just get up it’s embarrassing, I know footballers are soft but their making a meal of it. There’s five-year-olds that wouldn’t make this much fuss,’ added Lewis Butler.

The incident happened on the same day it emerged Mason Greenwood and Phil Foden had been sent home for trying to smuggle two women into England’s team hotel room following a 1-0 victory over Iceland at the weekend.

‘Southgate’s England summed up,’ wrote another on Twitter, which was followed by: ‘England team is like a circus.’