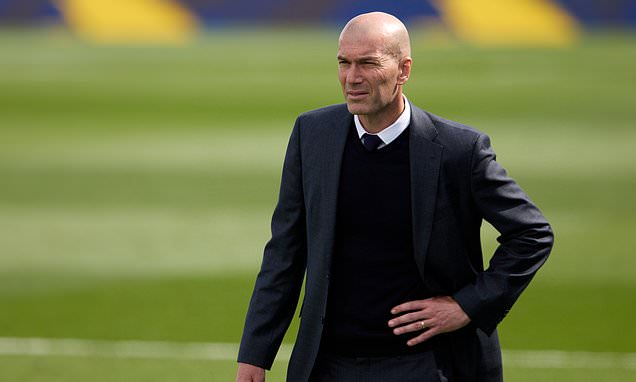 ‘This team turns around the things that have been said’: Zinedine Zidane says Real Madrid will show up those writing them off in the Champions League as they prepare for Liverpool rematch

Zinedine Zidane believes his Real Madrid team has been unfairly criticised this season and they will be out to prove as much when they face Liverpool in the first leg of their Champions League quarter-final on Tuesday night.

A 2-0 win over Eibar at the weekend saw Madrid cut Atletico Madrid’s advantage at the top of LaLiga to just three points, while Zidane’s side are the only Spanish side still standing in the Champions League.

After a run of nine wins and two draws from their last 11 games, the groans that came with a poor start to the campaign – including a Champions League group stage in which they lost home and away to Shakhtar Donetsk – have faded away but Zidane said they have not yet been given the credit they deserve. 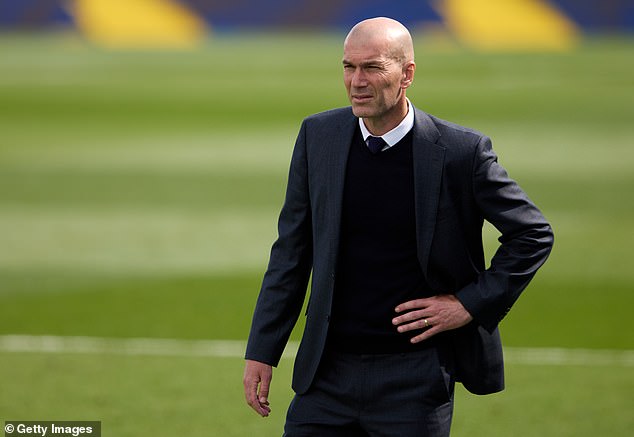 ‘I believe so,’ he said when asked if they had been undervalued. ‘In the end, we deserve trust. What is said, we can’t change all of that. What we can do is our jobs every day.

‘But through history, this team turns around the things that have been said. We never give up on things, never. While there is a chance we always fight.

‘We have had difficult moments, now we are in a good moment, though it doesn’t mean anything at the moment. We have to keep on fighting and compete.’

Zidane has already guided Madrid to Champions League glory three times, the most recent of which came in 2018 when they beat Liverpool 3-1 in the final in Kiev.

While Zidane has left the club and returned since then, the most obvious changes are on the pitch – talisman Cristiano Ronaldo departed for Juventus soon after while Gareth Bale, who earned man of the match honours in a 30-minute two-goal substitute appearance, joined Tottenham on loan this season. 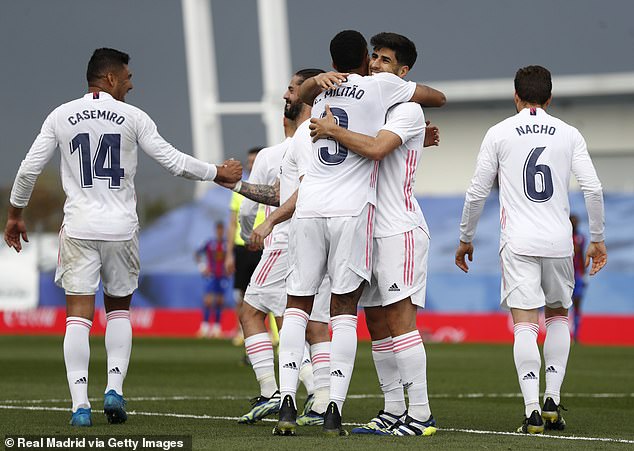 Another man who will be missing on Tuesday night is captain Sergio Ramos, injured on international duty, though Madrid’s woes at the back pale in comparison to Liverpool’s and Karim Benzema, who has nine goals in his last seven games, will hope to feast on the Reds’ makeshift defence.

Zidane had hinted over the weekend that Eden Hazard might be ready to return in time for the match, having been out since March 13 with a hip injury, but the ex-Chelsea forward was not in the squad released by Madrid on Monday.

‘The important thing for us is for him to be fully recovered,’ Zidane said. ‘With the players, we never let them come back if the player is not ready. Of course we want him with the team. Now we will do things little by little and we will see when he is back.’

With Ramos out, Nacho Fernandez is due to start once again in defence, with Raphael Varane also expected to return after being rested against Eibar with this match in mind.

Nacho has spent his entire career at Madrid but rarely as more than a back-up – he received a commemorative shirt for his 150th league appearance at the weekend but, at 31, the Spain international might have been expected to have made many more than that by now.

However, this has been one of his best seasons in white as problems for Ramos and Varane have thrust him into the spotlight.

‘I have played a lot of minutes with Madrid this season,’ Nacho said. ‘I feel important and have a confidence I have not had in a long time.

‘For a player who has come up with the club it is a dream to continue playing here and I hope it will continue for a long time.’